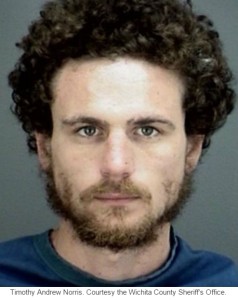 A Wichita Falls man found himself under arrest after refusing to leave the county courthouse while trying to pay his property tax in $1 bills.

Smyth then accused Norris of disrupting operations and asked him to leave. When Norris refused he was arrested. During the arrest the newspaper reports Norris pulled away from the deputy twice, bringing the resisting arrest charge.

Next Bradley Cooper speaks out about American Sniper here is what he had to say...