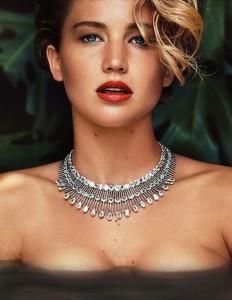 Nude photos of Jennifer Lawrence are circulating the Internet once again, but this time she’s wearing a red-tailed boa constrictor and knows about them.

The photos of the 24-year-old were shot in July by photographer Patrick Demarchelier for “Vanity Fair’s” Hollywood issue, but they weren’t released until Thursday.

“Lawrence only became uncomfortable when the snake took a fancy to her neck. Then the shoot was over and Mr. Boa went back into his box,” Vanity Fair wrote.

When hackers accessed Lawrence’s and other celebrities’ personal and sexually explicit photos and leaked them online for the world to see in September 2014, Lawrence first spoke to “Vanity Fair” about the incident but never once did she apologize for the photos. 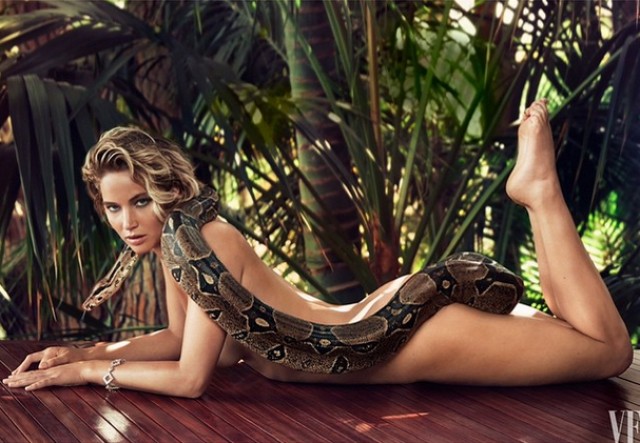 “It does not mean that it comes with the territory. It’s my body, and it should be my choice, and the fact that it is not my choice is absolutely disgusting. I can’t believe that we even live in that kind of world.”

Next LIBERAL LUNACY: There Will Be a #BlackLivesMatter Course at Dartmouth