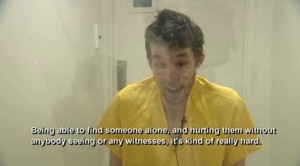 Police in Spokane, Washington, have solved a random and unprovoked stabbing thanks to the help of the suspect’s mother.

The suspect – later identified as Daniel Spain – had a surveillance photo of him displayed on KXLY 4 News Thursday night; not long after that Spain’s mom picked him up at his apartment and drove him to a police substation.

Daniel Spain was arrested and charged after his mother spotted him in an ATM surveillance camera on the local news, taken seconds after the attack occurred, and then drove him to a police substation to turn him in. 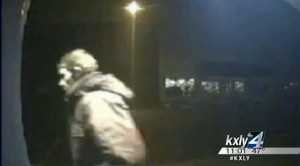 In an interview with KXLY, Spain denied that he had a desire to live life as a serial murderer. He did admit, however, to having Multiple Personality Disorder, saying that one of his personalities resents women and seeks justice “against those who have wronged him.” Spain admitted that his resentment toward women was what drove him to carry out the unprovoked, random stabbing on Jan. 25.

“Being able to find someone alone and hurting them without anyone seeing or any witnesses it’s kind of really hard,” Spain said.

According to the New York Daily News, the woman though she had been smacked in the back, but when she met friends at a nearby bar, they discovered a blade embedded 5 inches into her back.

On Friday, Spain was charged Friday with first-degree assault and his bail was set at $100,000.


Previous [VIDEO] Snow Prevented This Widow From Getting To Wife's Tribute, Until These Workers Responded