Officers Allen Speed and Paul Garcia in Fort Worth, Texas, were driving on an interstate when they came across a small dog in the middle of the highway, immediately hitting the brakes and springing into action.

According to The Blaze, the two officers exited their squad car and set out on foot to retrieve the stray dog. Their actions can be seen in video footage from the police car dash cam, as seen below:

“They stopped, set up a temporary road block and rescued the little girl,” the Fort Worth Police Department said in a statement. “Pay attention to the applause and honking at the end of the video.”

To date, the video has been viewed over 149,000 times on YouTube, with many of the viewers responding in a positive manner. 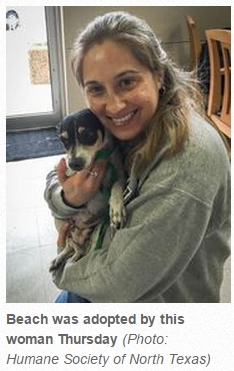 “Proves that most police officers do have hearts!” one user wrote.


Previous [VIDEO] Mother Immediately Calls Police, Turns In Son After Seeing Him On The Evening News

Next NO HONOR AMONG TERRORISTS: ISIS Suffers Financial Blow After Being Robbed By One of Their Own