There are a lot of lies told and believed by Obama supporters, and specifically his black supporters. The most convenient lie, which also happens to be the most believed, is that people condemn Obama’s policies because he is black and tangential to that rationale is the mantra that people who criticize Obama are racists.

The truth, however, is markedly different. What goes conveniently unaddressed is the fact that these same people, and once again specifically black people, hate the ground President George W. Bush walks on. But apart from calling President Bush names and calling those who supported him names, they are unable to articulate what they base their opinion on. Such is not the case pursuant to Obama. People despise his policies and they are readily candid as to the exact reasons they do not like him and it has nothing to do with the color of his skin. 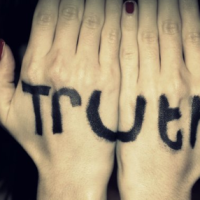 The majority of blacks have been inculcated with prejudice and victimology to the point that any disapproval of Obama’s policies and/or the massive abuse of usufruct by Michelle Obama is considered racist with a reflexive apoplexy.

But in a recent “Early GOP 2016 Presidential [Flash] Poll taken by TDR (The Daily Rant; http://mychal-massie.com/premium/) provided proof that makes it hard for blacks to validate their puerile cries of “It’s because Obama is black” and “white people don’t want no black president.” The truth is that many Americans wouldn’t want Obama as president if he looked like his mother’s side of the family.

The poll found that seven of the first twelve randomly chosen as Republican presidential favorites were Americans of color, with five of those seven being black. The voters chose as the top three vote getters Americans of color. They were:
Ted Cruz, Ben Carson, and Allen West in that order by significant margins over all other potential candidates.

Note also the fact that many whites juxtaposed to almost no blacks, voted for Alan Keyes when he made unsuccessful presidential bids. So how do blacks predisposed to a dystopian cosmological view reconcile those findings?

The answer is they cannot and therein is their problem. The most successful social engineering initiative on earth has been and is perpetrated on blacks. They dismiss all logic and all reality to embrace victimology and inferiority.

Disliking the Obamas and all they represent no more makes a person racist than eating Almas (white caviar) makes those who can afford it Iranian.

The tragic result of neo-Leninist liberal social engineering of the minds of many blacks is that they are now incapable even in the most transpicuous instances, to divorce themselves from being a “color;” and evaluate circumstances based on evidence and cogent reasoning, not melanin content.

It is especially egregious that the very words of Dr. Martin Luther King that blacks and liberals love to blather, i.e., “…in a nation where they will not be judged by the color of their skin, but by the content of their character,” is the very thing they protest against most.

It would appear that for the majority of blacks being a color is to be extolled more than a sound Constitutional government. Which is evident by their assertion that white Republicans won’t do what he wants. But this, too, shows their lack of learnedness.

Our Founding Fathers in their infinite wisdom created three separate and distinct branches of government. And as a means of checks and balances they are intended to be in opposition to one another. It is the job of the Legislative Branch to restrain the Executive Branch so as to avoid exactly the unconstitutional abrogation of authority flagrantly committed by Obama. It is the job of the Judicial Branch to interpret the Constitution, not legislate from the Bench. But being largely ignorant of the way government was crafted, blacks strap on their “vestiges of victimology” and blame it on race.

Blacks should also be forced to answer how that mindset has improved their lives? Has it gotten them marketable employment skills? Has it lowered the wholesale slaughter of their unborn children? Has it reduced the crime rate in their neighborhoods? Has it reduced the number of single parent homes? Beyond keeping them angry, just what has said mentality done for them?

Previous Jihad vs The Crusades: It's Not Even Close [VIDEO]