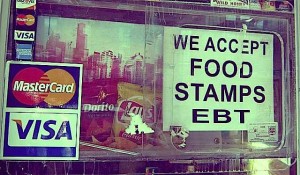 New legislation has been proposed that will stop people on food stamps from using their benefits to buy junk food, and it will reportedly impact 215,000 Maine residents. It says if you’re collecting food stamp benefits, you can’t use that taxpayer money to buy things like candy and soda. The proposal comes after a CBS 13 investigation last spring found you can use food stamps to buy a gift basket with M&Ms, fun dip, and even dress up toys.

The cut would be to “taxable food items.” Katz described his reasoning, saying, “Here’s the deal – the food stamp program is the supplemental nutritional assistance program – I’ll emphasize the word nutritional.”

Non-taxable food items include bread, milk and vegetables. These grocery items would not be affected by the new bill. To be passed, the Maine Department of Health and Human Services would have to ask the federal government for permission to eliminate the junk food items. The Department of Agriculture states that any food item is eligible to be purchased with food stamps because, “No clear standards exist for defining foods as good or bad, or healthy or not healthy.”

Katz described the bill, saying, “This bill just says – look, if we’re going to be giving taxpayer dollars to people appropriately they should use it to buy nutritional foods.”


He continued, “We’re trying to get nutritional food to people who can’t afford to buy it necessarily themselves.”

Senator Katz proposed a similar bill in 2013 but state lawmakers voted against it. Democratic State Senator Anne Haskell said that it has a better chance at passing this time. She said, “I think encouraging good healthy behaviors is an excellent goal, and I’m anxious to look at that bill.”

However, Haskell, in pure democrat fashion, was apprehensive of banning all items and said, “You want someone not to be able to get cookies for someone’s birthday – if the kids birthday – can you pick up 1.99 cake or can’t you?”


Previous The Way A Store Manager Treated A Homeless Man Has Sparked Outrage, Calls For Boycott

Next What Do Chick-Fil-A and Anthem Have In Common?