Two children were rescued after being found locked inside of metal dog kennels in a Gulfport, MS home, now family members are facing serious charges. It all stemmed after a narcotics division arrest warrant was served and executed on the house on January 28, reports Fox Carolina. Both of the children found at the time were reportedly only 1 and 2-years-old.

The Sun Herald says the father of the children, 35-year-old Patrick Aaron Braddock (left), was arrested at the time. Nothing was done on the scene with the children on the actual day they were discovered inside the cages because police say they had to secure warrants and gather proper evidence before making any additional arrests. 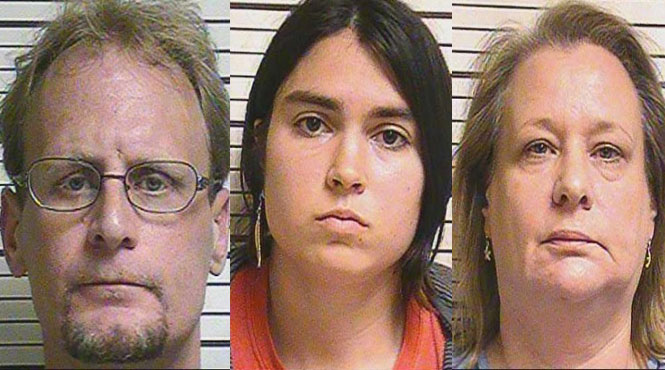 On Tuesday, reports say those arrests did happen and the children’s 26-year-old mother, Kay Braddock (center) and their grandmother, 60-year-old Pamela Diane Davis (right) were taken into custody and charged with two counts of felony child abuse. Patrick Braddock is facing those exact same charges as well, in addition to narcotics charges from the previous January arrest.

Next [WATCH] Is This the Minimum Wage Employee That Deserves A Raise? McD's Major Meltdown!