A British man has been arrested in Spain on suspicion of murder for allegedly killing a man because he believed the man was filming his young daughter.

The man, as it turns out, was an alleged child pornographer. 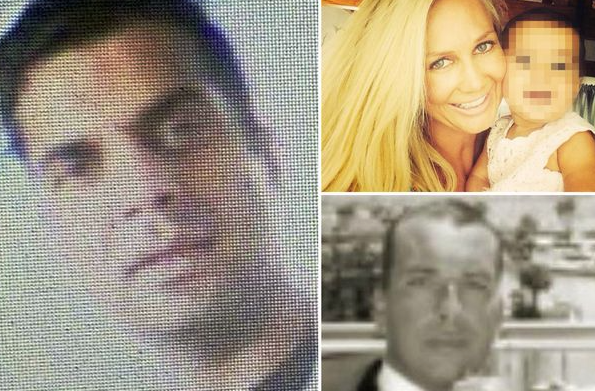 The Guardian reports police detained the 40-year-old man after a Saturday night altercation in a restaurant in the upscale resort community of Sotogrande.

The Telegraph named the man as Kainth Davinder and reported that witnesses said he delivered a single blow to the head of 43-year-old Sandro Rottman, a German man,  after a brief discussion concerning images on Rottman’s iPad.  Paramedics were called to the restaurant and Rottman was taken to a nearby hospital where he later died.

“We believe he died as a result of the single punch he received but this is yet to be confirmed by the post-mortem results,” an unnamed source with the local authorities told The Telgraph.

“The discussion apparently began because of alleged recordings that the victim was making of the aggressor’s daughter,” a civil guard spokeswoman told The Guardian. “When he [the aggressor] saw what was happening he took the tablet off him, saw the recordings, threw the device to the ground and attacked him.”

The owner of the restaurant, who asked not to be named,  said he was shocked by the attack.

“It all seemed very innocent to me. The British man was with his family. He seemed to get very upset all of a sudden and punched the other man before anyone could stop him,” the owner said. “He’d already paid for his dinner and left immediately. The German man is very normal. I knew nothing about him being arrested last month.”

That arrest came about because police suspected Rottman of possessing child pornography, the source for The Guardian said.

“The victim had been arrested by the civil guard a few days ago for possession of child pornography,” she said.

“The victim was eating alone and the British man was with his partner and one or two daughters,”  a police source told The Telegraph. “We don’t believe he had any idea about the German man’s arrest for possession of child pornography.”

The British Foreign Office issued a statement saying it was investigating reports a British national had been arrested and would  provide “consular assistance” if requested.

This is the first picture of the British dad who alleged killed a suspected paedophile he caught filming his young daughter on an iPad.

Kainth Davinder, 40, was arrested by police on Saturday night after he allegedly attacked Sandro Rottman while the two were at Spinnaker restaurant in Sotogrande, an exclusive resort on southern Spain’s Costa del Sol.

It is believed Davinder noticed the German tourist filming his daughter from his iPad and asked him to stop.

However, when he continued Davinder grabbed the device and found images of his daughter. He is then alleged to have punched Rottman once, causing fatal injures.

According to police, that the 43-year-old victim had been charged with possession of child pornography days before.

It is not known if Davinder knew this at the time of the alleged attack.

Davinder yesterday appeared before a magistrate and been remanded in custody accused of homicide.

Speaking to Mail Online, the manager of a restaurant in Sotogrande said Rottman had a “bad reputation locally” and was “quite an odd fellow.”

He added: ‘As I understand it, he was in there with his iPad and taking pictures of people in the bar.

‘[Mr Kainth] was looking through the photos on the tablet and saw photos of his children.

‘Then he went further back and saw pornographic pictures of other children and just went crazy.”

When officers arrived at the scene they found Rottman with “very serious” wounds, although it is understood no weapons were used during the attack.

He was taken to a hospital in nearby La Linea de la Concepcion but died there.

Davinder, who is understood to live in Sotogrande, left the restaurant after the assault but was later identified thanks to witnesses.

Rottman had been arrested in Spain in January over child pornography claims and was awaiting trial.

A post-mortem examination has been carried out and authorities are awaiting results to determine how he died.

A spokeswoman for the Civil Guard said: “The discussion apparently began because of alleged recordings that the victim was making of the aggressor’s daughter.

“When he (the aggressor) saw what was happening he took the tablet off him, saw the recordings, threw the device to the ground and attacked him.

“The victim had been arrested by the Civil Guard a few days ago for possession of child pornography.”

Sotogrande is one of Spain’s most upmarket resorts and is known for large houses overlooking the Mediterranean and golf courses such as the world-famous Valderrama Club.

A Foreign Office spokeswoman said: “We are urgently investigating reports of the arrest of a British national in the Cadiz area in southern Spain.

“We stand ready to provide consular assistance if requested.”