It’s been reported by NRA News and The Truth About Guns, among others.

And now we can report that a 22-year-old Domino’s Pizza delivery woman has been raped and robbed in Antioch, California. 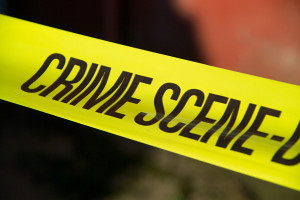 According to SFGate.com, the driver “arrived at a home on the 2800 block of Bluebell Circle” to deliver a pizza at 11:20 am on February 8 2015, only to be met by an armed 17-year-old who forced her to drive to a second location — where he sexually assaulted her. He then forced her to drive him back to the original address, where he robbed her and “fled from the car on foot.”

The delivery woman drove back to the Domino’s restaurant and police were called.

Domino’s spokesman Tim McIntyre said Domino’s executives are “shocked and horrified by what happened.” He said the company “couldn’t conceive of something like this happening, especially on a Sunday morning.”

Note to Mr. McIntyre and Domino’s pizza executives: Crime happens every day of the week. And criminals love to strike victims who’ve been rendered defenseless by asinine gun free policies.