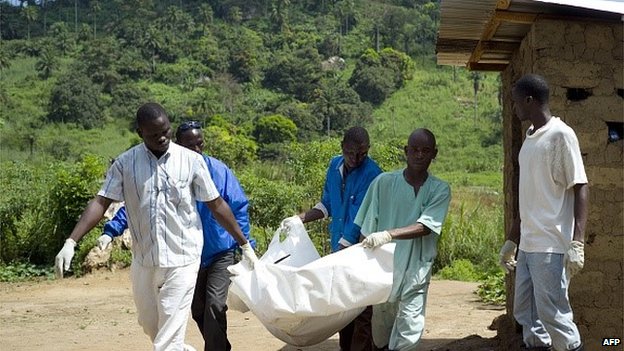 Aid workers fighting Ebola in Guinea are being subjected to an average of 10 attacks every month, the International Committee of the Red Cross (ICRC) says.

The latest assault happened on Sunday when two ICRC volunteers were beaten by suspicious locals while trying to conduct a safe burial, the group said.


It came as the US said it would pull out troops stationed in Liberia to help contain the virus.

US President Barack Obama announced on Thursday that all but 100 of the soldiers remaining in the country would leave by the end of April.

There were 2,800 US troops in West Africa at the height of the epidemic, but about 1,500 have already left the region.

Mr Obama said about 10,000 “civilian responders” would stay in West Africa to fight the virus.

Media player help
Out of media player. Press enter to return or tab to continue.

Liberia’s President Sirleaf on Ebola: “Our challenge is to make sure it does not come back”

In a statement released on Thursday, the head of the ICRC in Guinea, Youssouf Traore, said Ebola would not be stopped until people change their perceptions of the disease.

“Acts of violence committed against [volunteers] are completely unacceptable,” he added.

The attacks against the group’s workers ranged from verbal abuse to physical confrontations, the ICRC reported.

There is still a huge amount of suspicion among some West Africans surrounding the virus, said BBC Africa analyst Mary Harper.

Guineans often believe that those who come to bury the dead, disinfect areas and dispel myths are in fact spreading the disease, she added. 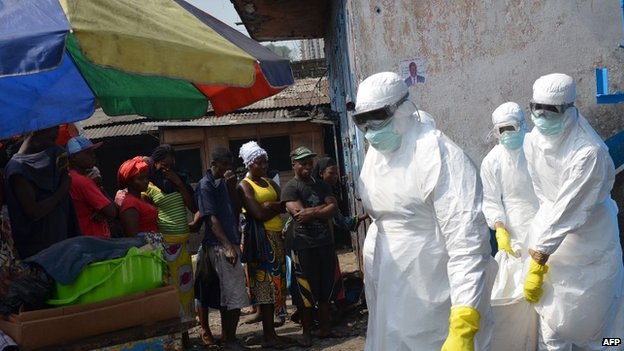 The announcement about the pullout of US troops from Liberia follows the news that the number of new Ebola cases has risen for the second consecutive week, ending a period of encouraging declines.

Despite the rise Liberian President Ellen Sirleaf Johnson has told the BBC she is “very optimistic that Ebola can be beaten”.

Last week, Liberia had just a handful of confirmed Ebola cases, down from about 300 a week in August and September 2014.

(Includes one in the US and six in Mali)

Speaking to the BBC World Service’s Newshour, the Liberian president addressed concerns that the international response to the Ebola virus had been too slow.

Although there had been a “delay” in other countries offering help to fight the virus, when assistance did arrive “it came so fully and so effectively that we can say that success is also owed to the international community”, she said.

She said the poor state of Liberia’s healthcare system had exacerbated the problem of trying to contain the spread of the virus initially, and called on the world to “work with us” in improving the system.

She added that co-operation with Liberia’s neighbours was required to contain the virus, due to the country’s “porous borders that are very long [and] unprotected”. 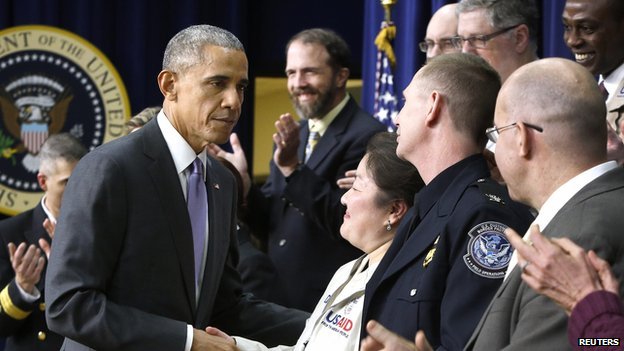 The WHO has said that the increase in new cases highlights the “considerable challenges” that must still be overcome to end the outbreak.

Next Developing: 13 Key Points to the Ukraine Truce you Need to Know.