A middle school Spanish teacher turned herself into police after allegedly sending inappropriate texts, photos, and videos to a 14-year-old student and planning a drug-fueled Valentine’s affair with him.

Reports say that 28-year-old Whitney Blair Fetters surrendered to police after a warrant was issued for her arrest. Fetters, a Spanish teacher at Hefner Middle School in Putname City, Oklahoma, reportedly invited the teen to spend the night with her while she was house sitting so they could “get high and have sex.” The planned encounter was supposed to take place on February 13, but police were tipped off ahead of time, and Fetters surrendered on Wednesday.

Fetters, a graduate of the University of Central Oklahoma, was released from Oklahoma County Jail after posting $10,000 bail.

According to reports, Fetters first met the male student when he was 12 years old. The two reportedly began innocently texting each other around that time until they ultimately began sending sexts and sexual videos to each other.


Back in January, the student’s parents allegedly found nude pictures of the teacher on their son’s phone and immediately contacted police. During a raid of the 28-year-old’s home, authorities confiscated her cell phone, computers, lingerie that matched photos found on the student’s iPad, and marijuana. 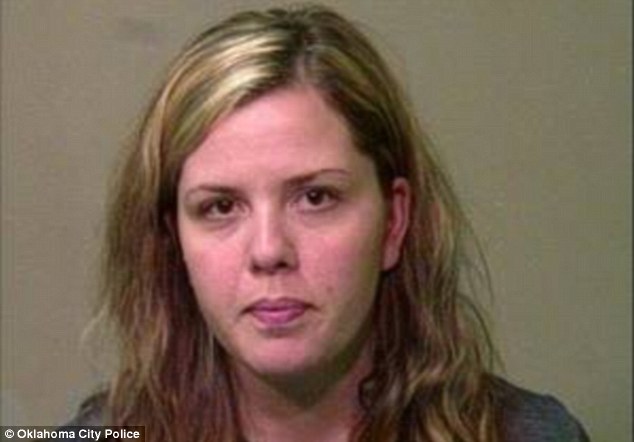 On January 30, school officials learned of the allegations against Fetters and immediately let her go from the school. The school says they are fully cooperating with police investigation, and Fetters is currently out on bail.

Previous 'MegaDrought' Predicted for the Southwest Could be Decades Long [VIDEO]