A group claiming to be affiliated with the Islamic State, or ISIS, hacked the Twitter account of a military spouse support group called Military Spouses of Strength and sent threats to members, those with ties to the support group said recently.

Military.com reports the militant group calling itself Gasper CyberCaliphate Sadz claims to be aligned with the ISIS and is pursuing a “Cyber Jihad.”

The group was able to change the profile photo on the Twitter account and send messages directly to the account’s followers, addressing them by name.

Amy Bushatz, a follower of the account and blogger who maintains the blog SpouseBuzz, wrote Tuesday that she was told she received one of the targeted messages. 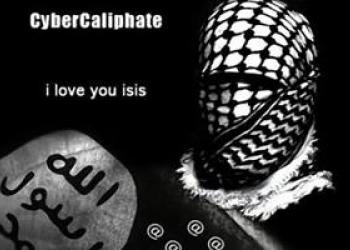 “‘Amy Bushatz! You think you’re safe but the IS is already here, #CyberCaliphate got into your PC and smartphone,’ is, I’m told, what the tweet said,” she wrote following news of the attack.

She said she never actually saw the message and assumes Twitter deleted it before she was notified. She said she also received a Facebook friend request from the cyber jihad group.

Gasper CyberCaliphate Sadz is the same group who claimed responsibility for hacking the Twitter account of the U.S. military’s Central Command in January.

CNN reported at the time of the incident that the CyberCaliphate group sent a tweet to the account’s followers that read: “AMERICAN SOLDIERS, WE ARE COMING. WATCH YOUR BACK. ISIS.”

That tweet also included a link to a statement that said, in part, “We won’t stop! We know everything about you, your wives and children. U.S. soldiers! We’re watching you!”

One woman, who asked not be named in the CNN story, said the threat prompted her to stay up all night and delete pictures of her children from Facebook and other social media accounts. She later scraped the military decals off of her car.

“It’s hard because I am so proud of what my husband does, but lately so many spouses that I know are actually scared that they could be targets of ISIS or someone who sympathizes with ISIS,” she said.

Every other woman quoted, and named, in that CNN story was targeted by the latest hack, Bushatz claims in her recent blog post. But, she says, she refuses to change the way she is living because of the threats.

“I’m not the type of person to live in fear or change my life just because some person on the internet wants to scare me,” the blog reads. “I’ve never done that before and I have no intention of doing it now.”

The FBI is reportedly investigating the latest hack but did not immediately return requests for comment from Military.com.

Please Share this with Families you know; also take a minute to review the related posts: