Young members of a new girls troop in Oakland called the “Radical Brownies” don brown berets and participate in “Black Lives Matter” protests in order to help spread a message of racial justice.

The small groups of 8- to 11-year-old girls were organized about a month ago by Marilyn Hollinquest and her friend Anayvette Martinez, after Ms. Martinez’s daughter Coatlupe told her she wanted to join a girls group, a local CBS affiliate reported. 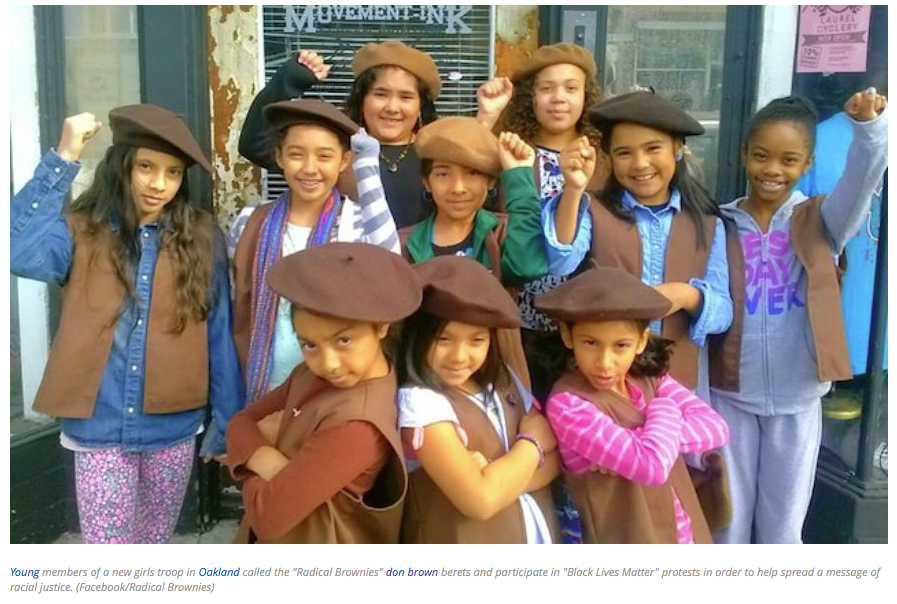 “How amazing would it be to have a girls’ troop that was really focused around social justice and where girls could even earn badges?” Ms. Martinez mused.

The first badge the Radical Brownies earned was for marching in a Martin Luther King Jr. Day parade in Oakland last month, CBS reported. The badge features a fist emblazoned with the words “Black Lives Matter.”

Next 'MegaDrought' Predicted for the Southwest Could be Decades Long [VIDEO]