ISIS released a video on Sunday that purports to show the beheadings of 21 Egyptian Coptic Christians in Libya.

The video is five minutes in length and shows militants accompanying each hostage, dressed in orange jumpsuits, onto a beach and beheading them. It is titled, “A message signed with blood to the nation of the cross.”

In response, Egyptian President Abdel Fattah el-Sissi has reportedly called an urgent meeting of his national security advisers and declared a seven-day period of mourning. One correspondent noted that Egyptian TV channels are airing portions of the gruesome video.

Here are some screenshots from the video: 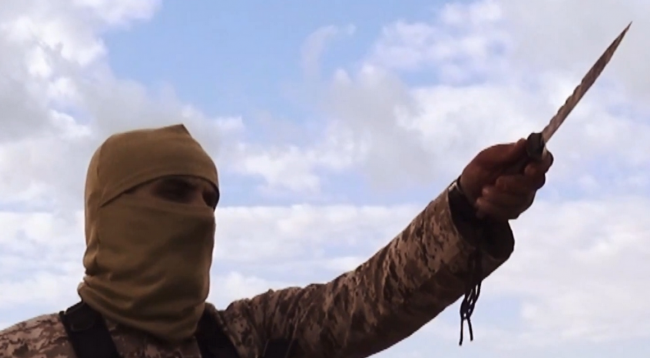 Watch the report below, via CNN: