After a month of being harassed online, former UFC fighter Josh Neer was sick and tired of dealing with an Internet “bully”, known as Patrick Martin.

“Basically the guys a dumbass and been talking shit about MMA fighters for a month,” Neer wrote in a statement to Bloody Elbow. “On and on, I usually ignore him but this Saturday he wrote me on Facebook the message i gave. He had written 10 messages to me talking shit which I ignored, but this time I said if you really want to fight come to the gym Monday at 5:30.”

As you can probably imagine, things didn’t go according to plan for the Internet bully, but that’s usually how things happen for bullies. A brutal 14 second video was uploaded on YouTube Monday, which has since been taken down, but it clearly shows that he didn’t emerge from the fight as the victor.

Neer said that the reason he posted the video, which was later removed from YouTube, was to get Martin to “shut up” and stop messaging him, which he continued to do after the fight.

However, Neer has been criticized by some for seemingly getting in a couple late hits and going all out on the untrained fighter.

Martin later posted online after the fight that he was fine and even continued to mock the veteran UFC fighter. 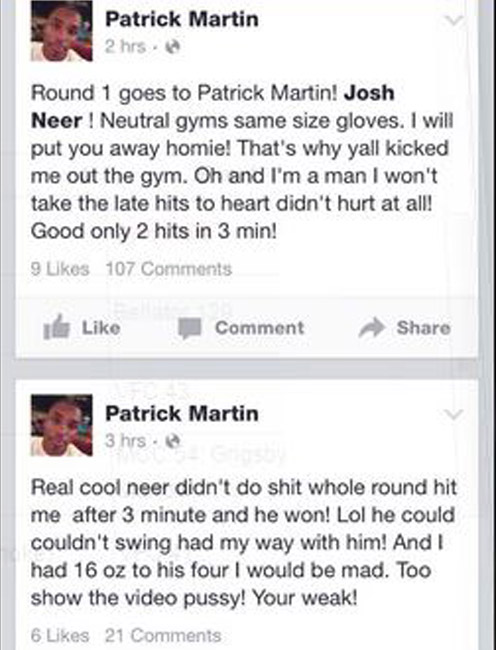 Despite “winning” the fight, Martin offered to give Neer a rematch at a neutral venue before insisting yet again that he definitely won the bout. Is this tool delusional or what?

He finished his social media tirade by accusing Neer of landing cheap shots after they had finished their bout and that was what made the final cut of the video. 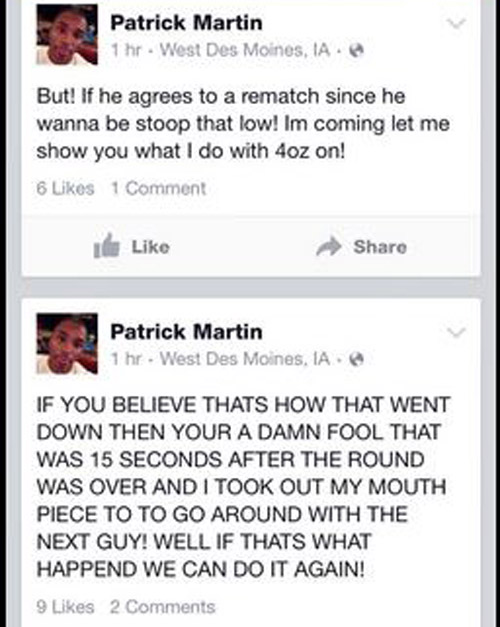 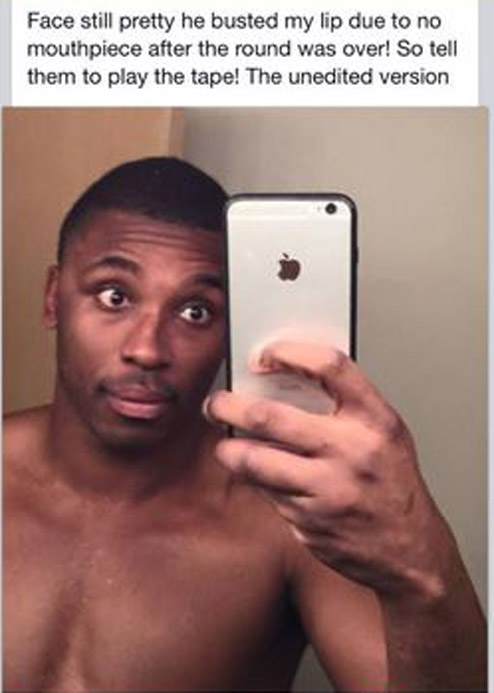 This guy is a glutton for punishment if there ever was one but do you think Neer handled his bully in the right way?