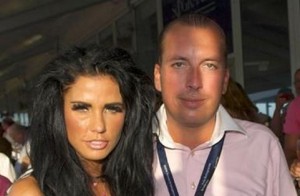 A man has been arrested after attacking a pedophile when he caught him taking photographs of his young daughter.

On Saturday Kainth Davinder, 40, was placed under arrest after attacking Sandro Rottman while the two were at Spinnaker restaurant in Sotogrande, an exclusive resort on southern Spain’s Costa del Sol.

A spokesperson said “The discussion apparently began because of alleged recordings that the victim was making of the aggressor’s daughter. When he (the aggressor) saw what was happening he took the tablet off him, saw the recordings, threw the device to the ground and attacked him.

The victim had been arrested by the Civil Guard a few days ago for possession of child pornography.”

According to the spokeperson, on several different occasions Davinder requested that Rottman stop filming his daughter, thought to be younger than eight, but he ignored each request.

When officers arrived at the scene they found Rottman with “very serious” wounds, although it is understood no weapons were used during the attack.

Davinder had already paid for his dinner and left immediately after punching the man. Paramedics arrived at the scene and Rottman was taken to a hospital where he later died. Autopsy results are pending but police reportedly believe Rottman died as a result of being punched.

As it turns out, Rottman had previously been arrested after being found with child pornography in his possession.

Davinder reacted like many loving parents would and unfortunately, is facing homicide charges for having a keen sense of parental senses and acting on them.

Do you think Devinder should face criminal charges, or do you feel justice has been served where the pedophile is concerned?