An assistant principal at the Coronado Middle School in Plainview, Texas is in hot water after he took matters in his own hands, and colored a student’s scalp with a black magic marker.

The student, Kobi Esquivel, was sporting a haircut that involves a long top, short sides, and a line shaved into the scalp where the two meet. According to Kobi’s mother, Monica, Kobi has had the haircut for about five months and just last week, the middle school’s administrators told Kobi that his haircut was a distraction.

Without contacting the student’s parents to explain the situation, one of the school’s assistant principals pulled Kobi aside and using a black marker, he colored the line shaved into the boy’s scalp.

When Monica Esquivel learned of the incident, she became infuriated and immediately contacted the school. The school administrator’s reasoning was that her son’s type of haircut could have been considered “gang-related.”


Monica decided to take things a step further and contacted a local news reporter. She said that her son wears khakis and a casual shirt to school, never wearing anything baggy or loose-fitting, that she has raised him better than that.

The Plainview school district’s Executive Director for Administrative Services released a statement that said, in part, “Our dress code prohibits designs shaved into the scalp and this includes lines.”

According to the school districts district’s 2014-2015 Parent/Student Handbook and Code of Conduct, on page 34 it does state: “No designs shaved into scalp.” 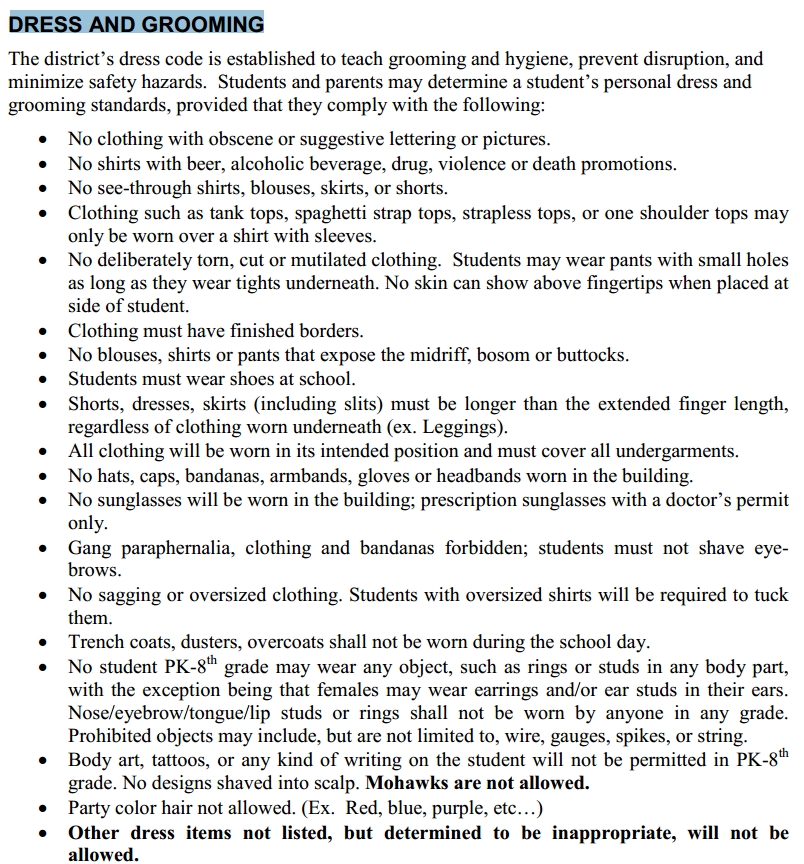 Do you feel the shaved part in his haircut is a design?

Furthermore, did the assistant principal cross the line when he used the marker to color it in? Tell us your thoughts in the comments below.


Previous POLICE: Couple Left Baby Outside In Freezing Minivan While They Had Kinky Sex In Home Filled With Feces