A bouncing 3-year-old boy was beaten to death by a belt-wielding aunt infuriated when the adorable child refused to go to sleep, police sources said Thursday.

“He came into her room and started jumping up and down on her bed,” the source recounted. “She told him, ‘Go to your room.’ Then she hit him with the belt.”

The mortally injured child went back to his room, where he died, while his aunt fell asleep in her bed, the source said.

The child had bruises on his chest and back, and the medical examiner ruled Thursday that his death was a homicide caused by “multiple blunt impact injuries.”

The heartless aunt, who was apparently alone in the apartment with her nephew, was charged with manslaughter, assault, endangering the welfare of a child and criminal possession of a weapon Thursday evening.

Ethan Ali, 3, was found dead with belt marks and bruises on his body. Ali was in the care of his aunt at the time he was found.

She was led from the 67th Precinct early Friday sporting a red hoodie which covered her scowling face. 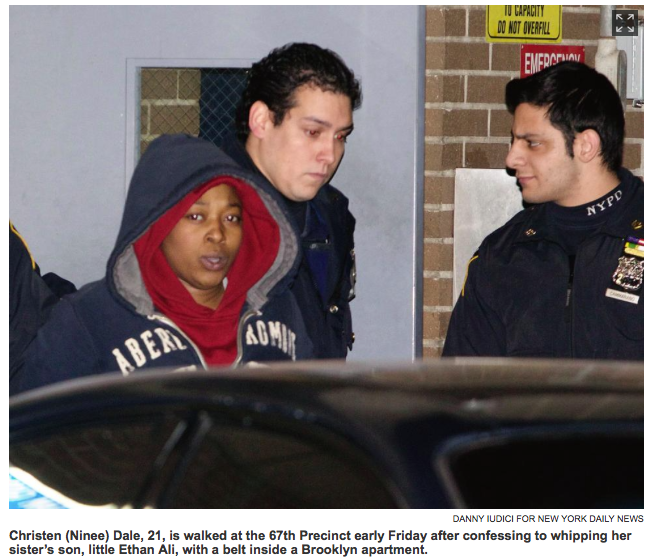 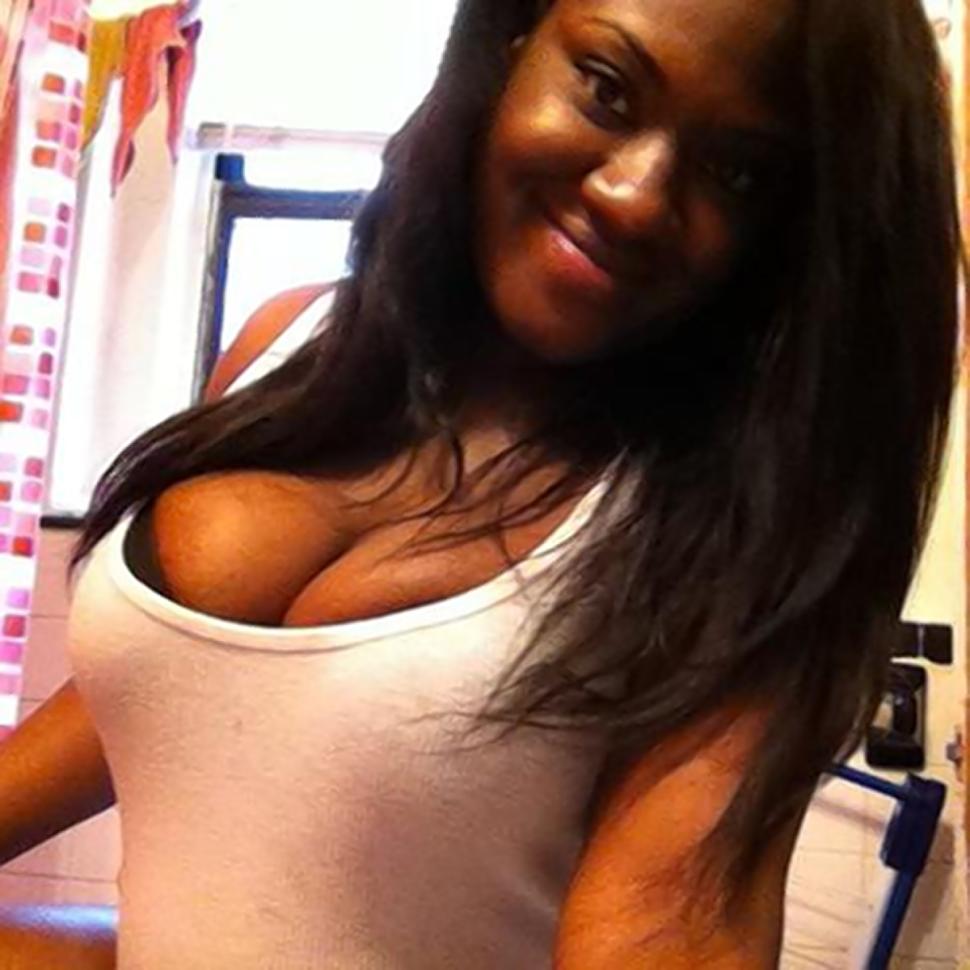 She is the sister of Natasha Ali, 27, the boy’s mother, according to other family members.

When police reached the apartment, Dale was sitting on a couch and cradling the boy in her arms, the sources said. She was then taken into custody for questioning in the horrific death.

Brownsville neighbors were stunned Thursday by their proximity to such cruelty.

Christen (Ninnie) Dale, the aunt of 3-year-old Ethan Ali, beat him with a belt before she was found with his dead body, police said.

“Oh my God, a baby?” said Cheryl Noel, who lives on the same Brooklyn block. “That’s horrible. How could someone? I come out to throw my garbage out and see all these police. Oh my God.”

The dead child’s grandfather told the Daily News that Dale and Skeet beat the preschooler “all the time” with a belt.

“They beat him and they beat him,” said grandfather Leroy Ali. “He was always bruised. She beat him with the belt. I told her stop.”

The little boy’s mother only learned of the tragedy when she returned home about four hours after the EMTs were called to discover police searching the first-floor apartment.

Neighbors recalled the boy’s devastated mother as a quiet woman who kept to herself, and her son as a friendly little kid who loved to play.

The mother and son were frequently seen walking together outside the building.


Previous Judge seizes billionaire's luxury cars and keeps one for himself