Remember that supposedly un-Photoshopped photo of Cindy Crawford that went viral earlier this month in a big way?

It showed her body with wrinkles and sags around the stomach area.

And it prompted a lot of people to applaud the fact that a supermodel’s body can be shown as “real” and “honest” and “gorgeous.”


Marie Claire magazine wrote a blog post to say that the photo, was “from a December 2013 cover story from Marie Claire Mexico and Latin America. It appears that this un-retouched version is a leak.”

Now, TMZ reports that not only was it a leak, it was a “significantly altered” leak.

A letter from photographer John Russo’s legal team has been sent to The Telegraphand Sunday Telegraph asking for an apology and demanding that the photo be taken down from its websites. It refers to the photo as being “fraudulent” and “significantly doctored/altered.”

Crawford’s husband, Rande Gerber, seemed to want to prove it by posting a photo of his wife, 49, on Valentine’s Day.

She got flowers and I got her. Happy Valentines Day @cindycrawford

Crawford, near the time the wrinkly photo hit the Web, was promoting her documentaryHospital in the Sky and was asked about beauty. She said, “What makes you the most attractive is self-confidence. That’s what people see.”

But she’d also like them to see her as she really is. 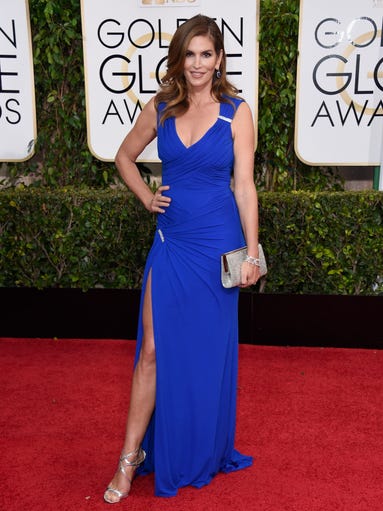