Should Republicans police their own? NO says the establishment, YES say the conservative grassroots. How can you expect to reform in the Republican Party if party leaders at the most local level resist holding elected accountable?

Watching the fracture of the republican party has been  a source of contention for grassroots conservatives and establishment Republicans as we all look to the 2016 elections and reflect on what has happened since the uprising of the Tea Party in 2009 and the most recent 2014 elections. 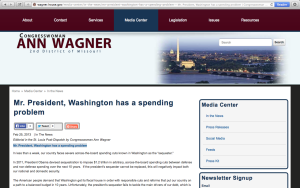 We all know how it has played out inside the beltway, but it isn’t just happening in Washington. It’s happening all over the country at every level of government. And since all politics is local, is it any wonder that what happens on a federal level bears a striking resemblance to what is happening on local levels?

In this examiner.com article, you can see a classic example of just how the passionate flames of political discourse play out on a local level and more specifically what the actual battle is, between grassroots and establishment. 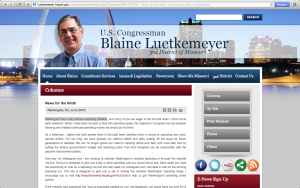 In this county, in Missouri, there is a grassroots level fight to take back conservative principles within the party.

Since the beginning of the year, 2015, Midwestern Republicans have been debating on how to hold their elected, Ann Wagner, Blaine Leutkemeyer and Roy Blunt responsible for reinstating Boehner as Speaker and spending tax dollars like drunken sailors, especially since they all campaigned on less government.

Next YOU HAVE TO SEE THIS! Monica Lewinsky Lurks In The Shadows Of His Presidential Portrait, Literally