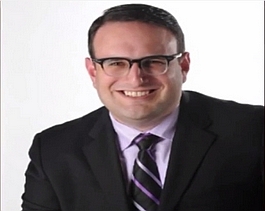 A school teacher was arrested for paying students to send him nude photos of themselves and their private parts.

Jon Cruz, 32, of New York, who was a teacher and a debate coach at the Bronx High School for Science, was arrested on charges relating to producing, receiving, and possessing child pornography.

U.S. Attorney Preet Bharara said: “Whenever child pornography charges are brought, it is among the most difficult and disturbing situations law enforcement must face, particularly as it relates to the victims.

What makes this case even more disturbing than the charges themselves is that Cruz was involved in child pornography while he was working with children every day through his job as a teacher and debate coach. Now, the justice process must take over.”

According to the complaint unsealed in Manhattan federal court, Cruz engaged in multiple chats over a mobile communication application with minor victims from different states.

In those chats, Cruz, who was aware of the ages of the victims, offered to pay them to take nude photographs of themselves and send them to him.


In at least one case, Cruz paid a 15-year-old male of New Mexico, over $500 to take sexually explicit photographs of himself and to send the photographs to him.

Cruz allegedly said further that he admitted to posing as the student who recently graduated to communicate with the victims on Kik, and further said he had solicited non-nude photos of a student in exchange with the gifts, the FBI claimed.

A computer was allegedly found at Cruz’s home with photos of minor teenage boys posing nude, the FBI claimed. The FBI alleged that one boy appearing in the photos looked to be only 12 or 13.

The U.S. Attorney’s office said all of this was going on while Cruz was working with children every day as a teacher and debate coach.

On the charge of being in possession of child pornography, he faces a maximum sentence of 20 years in prison. Cruz has been employed at the school for the past 9 years.