Susan Calloway Knowles, is a licensed Psychotherapist and former practicing Family Law Attorney, Author, Host of “Stand For Truth” Internet radio show, guest appearances on The Rick Amato Show at One America News Network, and a political/cultural Blogger. Susan is also an avid investigative researcher having honed her skills in the legal profession. Susan’s website, SusanKnowles.com, covers articles she has written on an array of topics, including governmental interference of U.S. Constitutional rights, military and veterans’ issues, issues pertaining to California from the viewpoint of a conservative living in a Blue State, and other hot topics in the news. Susan’s book, a political fiction, is entitled “Freedom’s Fight: A Call to Remember,” and is available on Amazon. 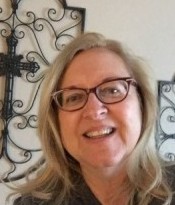 Join me Monday, March 9, 2015 at 6:00 pmPT/9:00 pmET when my guest will be JAN MORGAN. Jan will be talking about the Islamization of America and the 2nd Amendment. Last year, Jan declared her gun range a “MUSLIM FREE ZONE.”


She is an independent conservative, closely aligned with the Republican/Tea Party/Libertarian, and other Conservative based organizations nationally as well and is a sought after keynote speaker for those organizations.

During her 27 years as a television anchor and reporter, Jan’s work won Associated Press awards in spot news, documentary, and best continuing coverage. Jan’s most recent work that is gaining national exposure is her investigative documentary, “Rampant InJustice.” Her article “My AR 15 is NOT an Assault Rifle” generated a firestorm in responses when featured on “The Daily Caller,” “Patriot Update” and JANMORGANMEDIA.COM

Jan has read the Qur’an and studied Islam for 12 years. Her interest was prompted by the 9/11 attacks. She has also co-hosted American Akbar, an international radio blog program with Counter-Terrorism expert Gadi Adelman, is a frequent guest commentator on The Armstrong Williams Show in Washington DC, and has appeared as a guest on Fox radio in Atlanta Georgia, and Conservative Talk radio in Texas, Oklahoma, Florida, Arkansas, California, Nevada, Illinois, and Arizona, as well as the America Family Radio in Mississippi.

Next [WATCH] Man Pretending to Be Delta Passenger Pranks MSNBC’s Andrea Mitchell on LIVE TV: ‘F**k Her Right in the P*ssy’