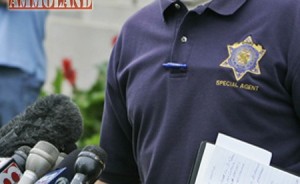 HB1936 is in jeopardy of being killed.  We know that Oklahoma State Bureau of Investigation (OSBI) is lobbying hard against a bill that would make it easier and less expensive for Oklahomans to obtain a handgun license.

Why is OSBI lobbying so hard against this bill?  They say it is due to public safety concerns.  They argue that NICS is unreliable and that scores of people who were denied a license under the current system would receive a license under our proposed system.  Well, whose fault is that?  If OSBI officials are so concerned about public safety and about the accuracy of NICS why wouldn’t they have uploaded their information to the NICS database so it would be as accurate as possible?  If they are so concerned about these individuals obtaining a carry license shouldn’t they also be concerned about them being able to buy the gun in the first place?  Why are they suddenly worried about this now when it was no big deal just a few weeks ago? It’s not about public safety.

Is OSBI lobbying against the bill because of lost revenue?  The cost of processing an application will be greatly reduced under our proposed model.  According to the FBI’s estimates running a NICS check will cost OSBI less than $2 (no, that is not a misprint – $2).  OSBI officials know they will not lose money.  It’s not about lost revenue.

Could it be OSBI is lobbying against this bill because of loss of control?  OSBI officials have made their rounds through the House warning that blood will run in the streets if this bill becomes law.  I suppose that is the same blood that was supposed to run in the streets after Concealed Carry was passed.  Perhaps it is the same blood that was promised after Open Carry passed.  Friends, it is never about the gun; it is always about the control!

OSBI leadership arrogantly thinks they should be the final arbiter of who is “allowed” to carry a firearm.  Any threat to that control brings warnings of dire consequences but those dire consequences never come.  The fact is the NICS check is reliable enough for the liberal federal government so why shouldn’t it be good enough for conservative Oklahoma?  If you can buy the gun, shouldn’t you be able to carry the gun?

Please call Director Florence and remind him that Chicken Little is a cartoon and the sky is not really falling.  If they are truly concerned about making Oklahoma a safer place to live and work, make it easier for Oklahomans to exercise their God-given, Constitutionally-protected right of self-preservation.  This will not lead to blood in the streets; it will make Oklahoma streets safer.

While you are busy working to pay their salary, the OSBI Director and his staff are busy lobbying against your rights!

Perhaps Director Florence and his staff need to be reminded that OSBI’s job is to execute and enforce the laws the Legislature passes.

It is NOT their place to tell the Legislature what to do; in a representative form of government, that is the people’s place.

We ask you to call OSBI headquarters at 405-848-6724 and ask for Director Stan Florence.  Ask Director Florence why he is spending time on the taxpayers’ dime to lobby against the rights of the taxpayer.  You may also use OSBI’s webform to send an email (in the “Regarding” field, select “SDA Concerns”).

Over the last few days, OK2A has consulted with several of our members who are involved in the firearms industry over concerns they have with HB1391.  HB1391 would allow for the SDA handgun license class to be taken online but would still require that an applicant go to a CLEET certified SDA instructor for the shooting portion of the class.

One major issue they have expressed deals with requirements placed on gun ranges by their insurance companies.  It appears that insurance companies may drop ranges coverage if they allowed students on the range that had taken the safety course online.  Our Vice President and I discussed the situation and consulted with our Board.  As a result of that discussion, we agreed the best course of action would be to pull our support of this bill.  We do appreciate Rep. Murdock’s willingness to work on the bill and his desire to make it easier for people to obtain a handgun license however we worry there will not be enough time this session to properly address the issues raised by the industry.

We want to make it easier to obtain an Oklahoma handgun license, but we must also support those who provide the tools and training necessary to exercise our right to self-preservation.  In order to help OK2A better address issues relating to the industry, we are putting together an Industry Council made up of OK2A members who are also involved in different aspects of the firearms industry.

With their help, we look forward to continuing to strengthen our Second Amendment rights and the industry that supports those rights.

Help us protect your gun rights.  Join or donate today!