WASHINGTON — The Federal Reserve signaled Wednesday that it would consider raising its benchmark interest rate at its June meeting, the first increase since the Great Recession, but the central bank emphasized that it might still delay the decision until later this year.

The Fed’s announcement, in a statement issued after a two-day meeting of its policy-making committee, moved the central bank to the verge of ending a period of more than six years in which it has held short-term interest rates near zero. 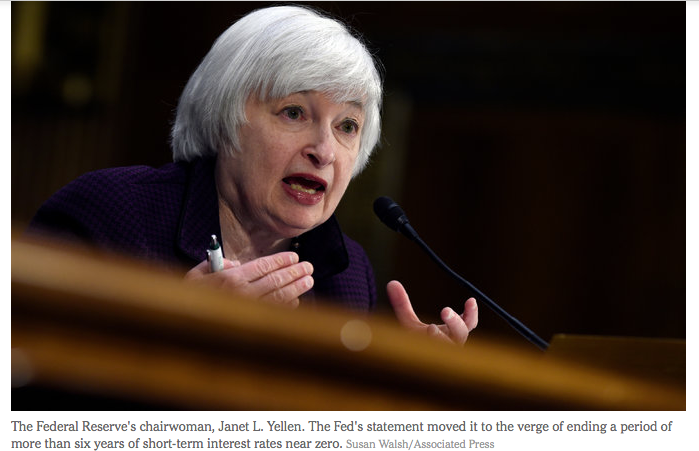 The march toward higher rates reflects both the Fed’s optimism that the economy no longer needs quite as much help from the central bank, and a sense of fatigue about its long-running campaign to encourage faster economic growth.

Next It's Official! American Millennials Are The Stupidest People In The World