A cheating husband nearly had his penis bitten off by his wife’s younger friend when he allegedly tried to persuade her to have sex with him.

Florin Ionita, 53, had been at a picnic at a park in Chisinau, Moldova, with his spouse and a group of friends – before she took some of them home, leaving him alone with the 24-year-old woman.

But when wife Maria Ionita, 49, returned to collect him 30 minutes later, she claimed to have found him clutching his genitals and moaning in pain, telling her: ‘Call an ambulance, it is going to fall off.’

‘When I came back I saw him with his trousers around his ankles clutching his private parts and saying “Call an ambulance, it is going to fall off”.’

Mrs Ionita said: ‘I was at a picnic with my husband and some friends and I left to take some of them home in our car, leaving him behind with one friend.

‘When I came back I saw him with his trousers around his ankles clutching his private parts and saying “Call an ambulance, it is going to fall off”.’

After demanding to know what had happened, Mrs Ionita was allegedly told that her husband had tried to force himself on her friend, but she had bitten his penis after he pulled down his trousers.

Mrs Ionita added: ‘I have forgiven him as he was only trying to do what all men try to do – but when I called the ambulance I didn’t do it too fast, and I told them not to hurry.’ 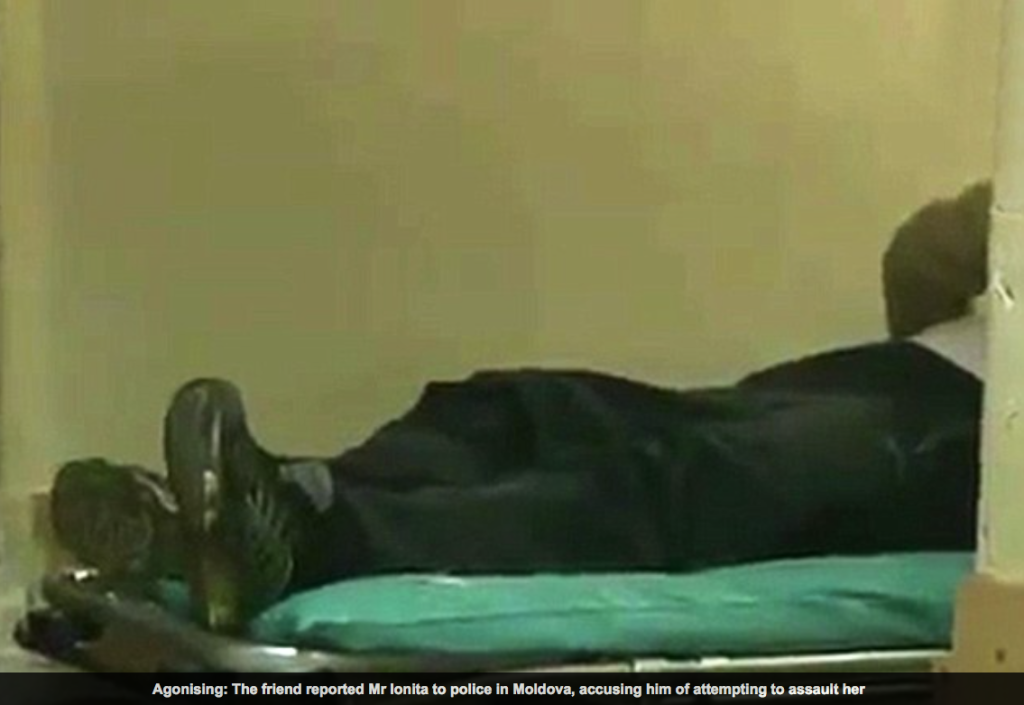 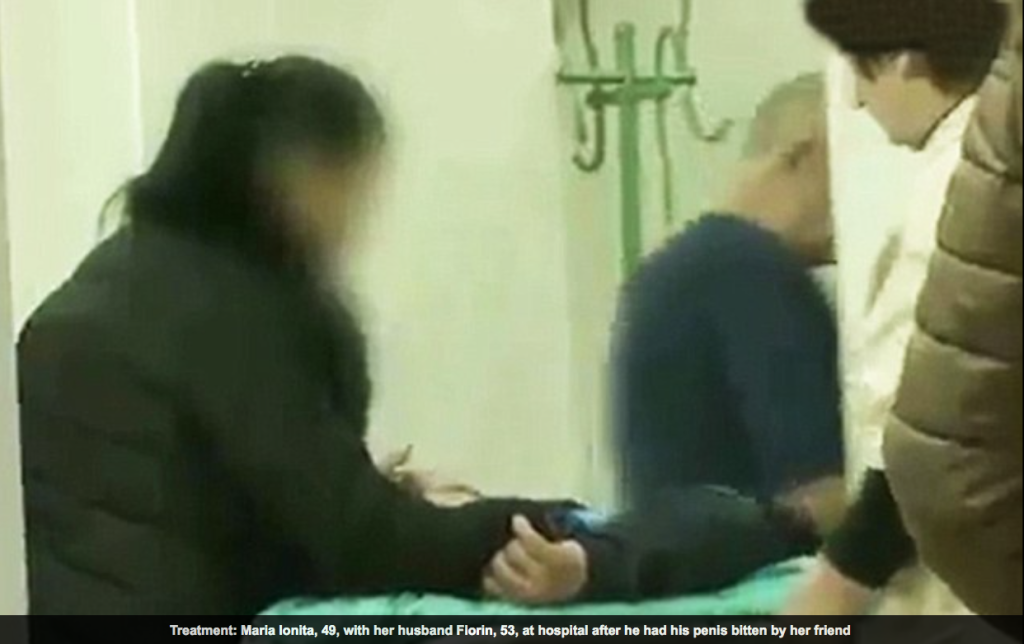 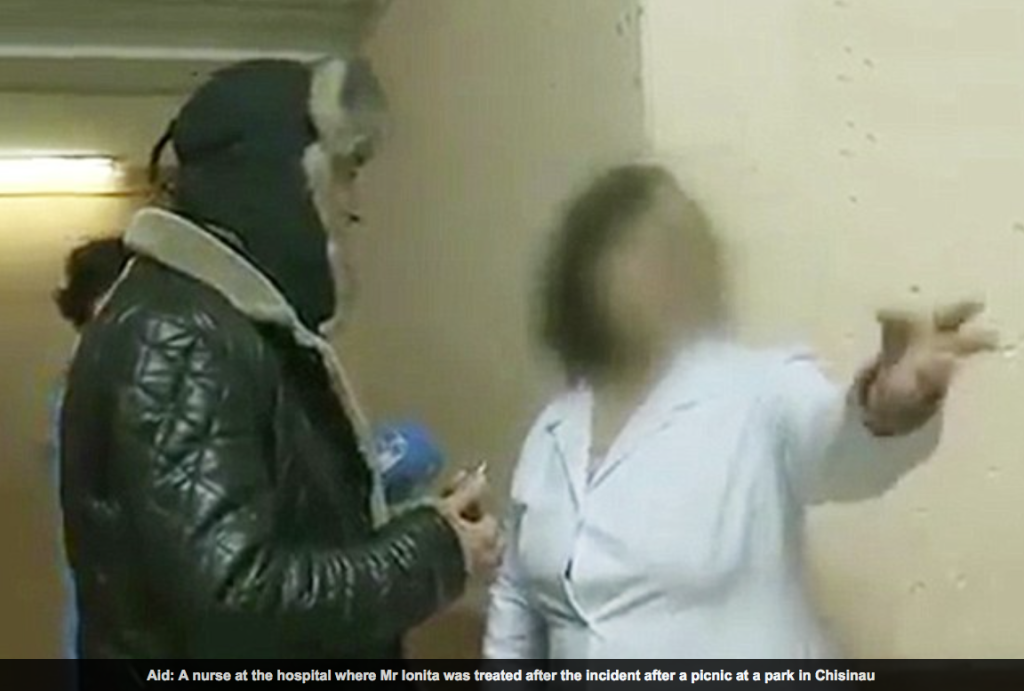 She also claimed to have given the ambulance drivers unclear directions to the area of the park in which her husband was waiting in agony.

Call an ambulance, it is going to fall off
Florin Ionita

The friend reported Mr Ionita to police, accusing him of attempting to assault her.

After being released from hospital he will be questioned – and faces up to five years in jail if charged and convicted over what happened.

Mr Ionita told his wife after the incident: ‘I just wanted to pass the time pleasantly.’

A Chisinau Police spokesman said the woman told officers that Mr Ionita had tried to force himself on her – and biting him appeared to be the only way to make him lose interest in her.