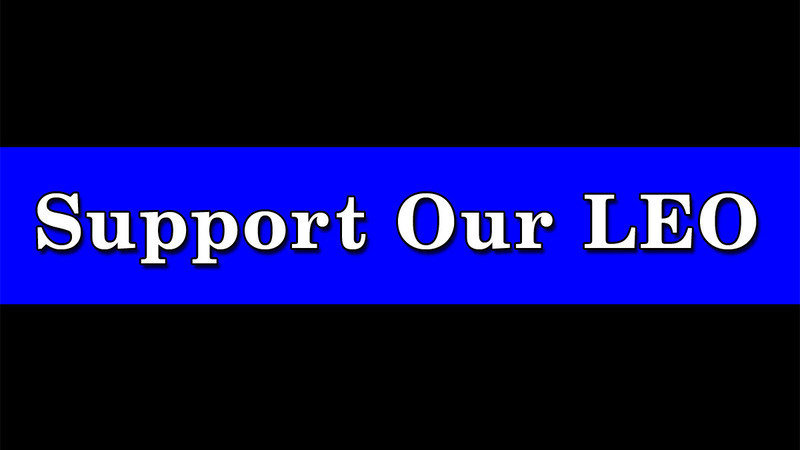 Officials have stated that the way to prevent police shootings of criminals is not to address the criminal activity and its causes, but to insist that law enforcement officers receive additional training. The governor of Missouri, based on nothing more than false rumors and news reports from uncritical media, called for “vigorous prosecution” of Darren Wilson.

A result of this incident and others has been that so-called peaceful protesters have been allowed to throw objects at police, spit on them, curse at them, threaten them and their families, and more, with little and often no consequence. Under the blanket protection of the First Amendment, people were allowed to burn down businesses, loot stores, destroy police cars — all while police and even the Missouri National Guard were under orders to stand down. Protesters have been permitted to block traffic — including emergency vehicles — shut down shopping centers and restaurants, disrupt events both public and private, and most recently even vandalize the lawn of the personal residence of the Mayor of St. Louis. Their antics have harmed commerce, tourism, and real estate activity in the St. Louis region, and have in some cases placed innocent lives in jeopardy. It is almost certainly no coincidence that Missouri’s violent crime rate has risen under this stand-down approach.

The right to free speech — like all rights — is not absolute. The courts have determined that limits may be placed on speech. Such exceptions include the use of fighting words, threats, and incitement — all of which have been committed and tolerated in recent months. Few arrests have been made of people who block traffic or otherwise interfere with the day-to-day activities in our communities. Appeasement of those engaging in disruptive and illegal activity has encouraged more of it. It could be argued that criminals have mistakenly inferred from this stand-down approach that police officers will be hesitant to fire on them in a life-threatening situation. Since August 9, 2014 — the day Michael Brown was killed — at least four people in the St. Louis area have been shot and killed by police after brandishing a knife or gun.

With a rumored national march to Ferguson planned for March, there is little time to lose in letting law enforcement know that they will be able to perform their duties with the support of our elected officials. While we can hope there will be no illegal activity associated with the march, it would be foolish not to anticipate it.


We urge our elected officials to permit law enforcement to do their jobs and arrest people whose activities and speech extend beyond what the courts have determined to be protected. Likewise, we urge the courts to restore law and order, and discourage future unlawful activity by imposing harsh, yet appropriate, penalties on those committing these unlawful acts, including:

– impeding the flow of traffic

– threatening law enforcement officials and civilians, including threats made in social media

We also ask that:

The law-abiding civilians of Missouri are fed up with the stand-down approach that has been employed in recent months, and insist that our Missouri government officials immediately act to restore order within our state.

We, the undersigned, call on local, state and federal officials to remove the handcuffs from law enforcement and permit them to restore order in our communities.

Until such action is taken, St. Louis and surrounding communities likely will continue to suffer the consequences of the perception they are unsafe to visit or live in.

Next A Simple Question, What has Hillary Clinton Accomplished…?