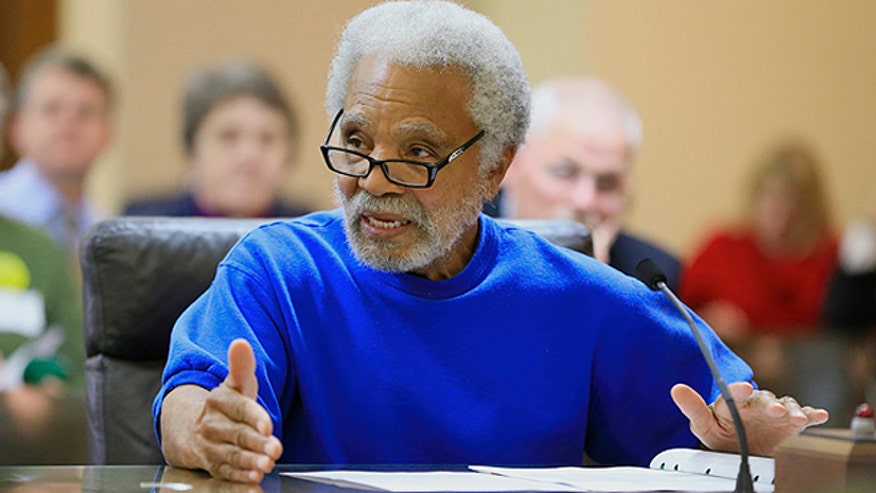 A Nebraska state senator compared American police to Islamic terrorists and suggested he’d shoot a cop if only he had a weapon.

State Sen. Ernie Chambers said during a legislative hearing on March 20 that you don’t have to go halfway around the world to find an ISIS mentality. It can be found in America because police terrorize blacks every day.

He was referring to the Islamic State of Iraq and Syria, which has beheaded journalists and brutally executed Westerners and others.


“My ISIS is the police,” Chambers, an independent, said, adding police can get away with shooting people if they “think” they’re going to do something — like pull a weapon.

“The police are licensed to kill us — children, old people,” he said.

Nebraska’s longest serving senator, Chambers represents north Omaha, a high-crime area where racial tension simmers and sometimes erupts after encounters with police. In March 2013, for example, police threw a man to the ground and pummeled him while 32 police officers stormed a home across the street, in response to a parking complaint. Four police officers were fired amid allegations of excessive force, evidence tampering and a police cover-up.

Chambers then added fuel to the fire, saying if he had a gun, he would use it on police, not his political opponents.


Previous INNOCENT: Mom Exonerated For Death of 4-Year-Old Son After Being Imprisoned For 22 Years