You can’t make this stuff up. Well, actually you can if you are Congresswoman, Barbara Lee, from California. The good congresswoman has declared armageddon and knows, somehow, that women will be selling their bodies to feed themselves and their children to ensure the continuation of the species. Yes, she actually put it in writing.

Yesterday she introduced H.Con.Res.29 in which she stated:

Whereas food insecure women with limited socioeconomic resources may be vulnerable to situations such as sex work, transactional sex, and early marriage that put them at risk for HIV, STIs, unplanned pregnancy, and poor reproductive health;

In addition to turning women into sex slaves for food, she also predicts, malaria epidemics, refugee crises, sexual, religious and ethnic minorities, lack of economic freedom, and a loss of education and family planning resources among other things. All this due to climate stresses. 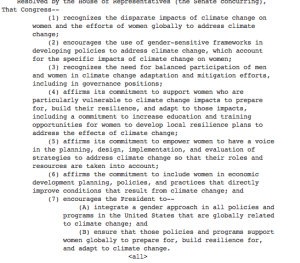 Previous [WATCH] Here is the VIRAL video of a Pizza Being Delivered to a Cell Tower Repair Crew At the Top of the TOWER!

Next ALERT: OREOS with DOUBLE STUFF … Kids need a permission slip to eat them in school.