Social media discharged a barrage of attacks against Indiana Governor, Mike Pence, for his support of religious freedom, today, as he signed into law the Religious Freedom Restoration Act, in a private ceremony. 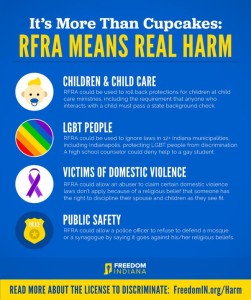 The legislation itself will enable anyone to discriminate against anyone else, with no fear of government intervention or punishment, merely by citing their sincerely held religious beliefs.

In this statement, described as “defiant” by TheNewCivilRightsMovement.com, Pence declares:

“This bill is not about discrimination, and if I thought it legalized discrimination in any way in Indiana, I would have vetoed it. In fact, it does not even apply to disputes between private parties unless government action is involved. For more than twenty years, the federal Religious Freedom Restoration Act has never undermined our nation’s anti-discrimination laws, and it will not in Indiana. 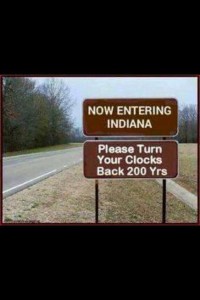 Indiana now joins 19 other states in ratifying this law.

Get the Latest News by downloading the DAILY HEADLINES APP for FREE!