PHELPS COUNTY, MO (KTVI) – A 34-year-old Jefferson City man will spend the next four years in prison for soliciting donations for the Wounded Warriors charity and keeping the money for himself. 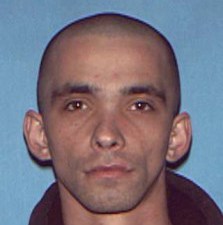 Prosecutors said in 2013, Fortner was twice caught on surveillance video outside of a convenience store soliciting and receiving donations for the Wounded Warriors Project. Representatives of the charity said they do not utilize storefront fundraising, nor have they ever received any donations from Fortner.

At the time, Fortner was serving as a sergeant in the United States Army Reserves. Since that time, he’s been discharged for unsatisfactory participation and demoted from a sergeant to private class E-1.


Previous [WATCH] No Charges in The Baby Cut Directly From Womb Case...

Next Guess who isn't going to run in 2016? Maybe they have some dirt they don't want exposed? (VIDEO)