This case has always been surrounded by controversy, as Schweich was believed to have been driven to suicide by the stress brought on by his gubernatorial run, in Missouri, and whisper campaign regarding his Jewish ancestry. While Schweick was episcopalian, he is the descendant of a Jewish grandfather. This reasoning has left many, in the state who knew Schweich, perplexed, as he had a rich political career and was a seasoned politician. According to investigations, news reports and phone records, Schweich had, just moments before, placed phone calls to local media to arrange a press conference for later that day to address the issues in his campaign.

This examiner.com article outlines early information in the Jackson death. Apparently Jackson had taken a sick day on Friday and his body was found in his apartment, yesterday, due to a family member requesting police check on him, at his place of residence. No signs of struggle or forced entry has been found but authorities are not releasing the location of the gunshot wound.

A previous examiner.com article, points out that timelines and flip-flopping regarding support from some of Schweich’s closest friends adds dimension to the entire story. 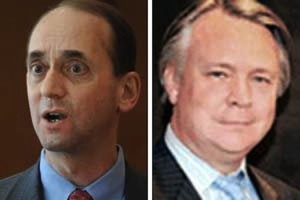 A press conference is planned within the hour and an an autopsy is scheduled for later today.

RELATED ARTICLE:PUBLIC PERSONA OF STATE AUDITOR DOESN’T ADD UP TO SUICIDE IN THE MINDS OF MANY MISSOURIANS

Get all the latest updates on this developing story and others, across the country, by downloading the DAILY HEADLINES APP! ITS FREE