According to the website “Waging Nonviolence,” the activists plan to team up with local activists and police watchdogs to pressure the NYPD to pull officers “from over-policed neighborhoods and then maintain these cop-free zones with alternative, community-based forms of conflict resolution.” 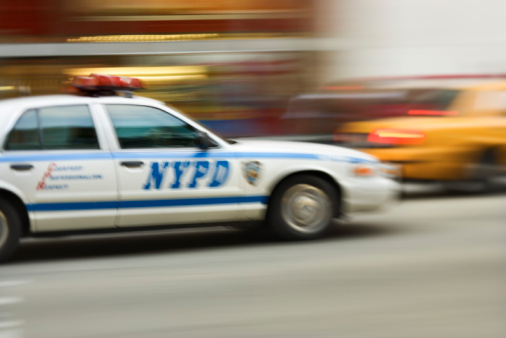 The group says it got the idea to push police out of New York neighborhoods from the group Take Back the Bronx, which in 2011 began protesting the NYPD on heavily policed blocks throughout the Bronx.

The group says it plans to use civilian patrols to monitor police activities in hopes that police “will become more hesitant to abuse their power and even retreat from neighborhoods because they don’t want to be incessantly monitored.”


“We want to use these copwatch patrol units … to keep the pressure on [the police] so they can back up,” one member of Disarm NYPD said. “And when they back up, we want to try to fill that space with something that can create new, revolutionary potentials. And we’d like everyone to take part in that.”

The group also wants the city’s cops to be disarmed.

“We feel that the police have proven that they’re not responsible enough to carry arms due to the fact that they’ve been killing people so consistently for so many decades,” an anonymous Disarm NYPD told the website. “We feel that they should be disarmed immediately.”


Previous [WATCH] This VA, State Senator Was Just Listed As Enemy of ISIS in Their Latest Magazine

Next Female Shoots Alleged Intruder to Save Brother