For many years I owned and operated a very successful full service insurance agency – accordingly I had a ringside seat for dereliction of personal responsibility.

One of my clients was a Chestnut Street, Philadelphia, PA law firm. I recall a paralegals working there telling me that she didn’t need the health insurance being offered by the firm through my agency because there was a free clinic down the street from her home. In her mind, “free” trumped her having to participate in the health premiums each month by way of a co-pay. And she could also take her daughter there. 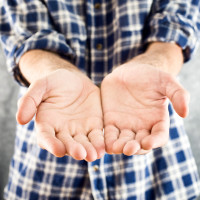 There was a gentleman who assured me his responsibility pursuant to providing for his retirement ended with the money taken out of his paycheck for Social Security. He argued that it was the government’s job to “provide Social Security” because not everyone was capable of saving money on their own so, the government should do it for them. He felt that way even as I explained the interest rates the program I was offering were far superior to Social Security and that his employer, just as with Social Security, could withdraw his participation from his check. I was told he didn’t need it because he would have his Social Security

Suffice it to say that people like the aforementioned are the ones who obamacare appeals to most. The idea of something for nothing and/or having the government take care of people is their idea of “died and gone to heaven.”

While these two are not the only ones to argue similarly with me, it is a lifelong friend who epitomizes what a lack of personal responsibility does to a person.

My friend owned a small business that in the halcyon days of newspapers afforded him a very comfortable income. Flush with plenty of disposable cash he spent it freely on lottery tickets and sporting memorabilia.

He did not spend on vacations or big-ticket luxury items. He spent on lottery tickets and sporting memorabilia. Many were the discussions we had pursuant to his buying health insurance and investing in some sort of vehicle that would provide for him in the almost certain eventuality of his incapacitation.

I mentioned earlier “the almost certain eventuality of his incapacitation,” for good reason. His father, mother, older brother and older sister, and also other family members suffered from diabetes, hypertension, and crippling strokes very early in life.

At the time of his stroke he had no health insurance, no life insurance, and next to nothing in savings or retirement plans.

Enter obamacare and the rest, as they say is “history.” My friend and I had always shared political and spiritual opinions in kind. We spent many hours discussing how to live the Christian life and biblical truths. We spent time at one another’s home. He is like a family member to my son. He is like a brother to me. But once the bridle of the idea of something for nothing was over his head and the bit of same in his teeth, he virtually overnight became a totally different person.

And even more appalling, he now argues socialism is good for people because he couldn’t afford to live if it weren’t for obamacare. He believes that the so-called rich should pay more so when he retires in another year he more benefits.

When this new mindset was first shared with me, he was crushed by my condemnation of his newly embraced ideology refusing to answer my phone calls. I was recently able to establish contact with him. He said that my strong words had hurt him. I apologized for hurting his feelings but not for what I said because it was truth.

I told him he was my lifelong friend and that I loved him and was truly thankful for all he had meant in our lives as friends. But I would not agree that government owed him anything apart from the opportunity provided to everyone.

He had had the means to provide for his eventuality and a solid professional in myself to help him make astute decisions pursuant to same. He had watched his family members and siblings suffer and yet he did not prepare for what was to come.

These are the people obamacare preys upon. They are easily converted into government automatons; wittingly or unwittingly spewing the benefits of socialism.

Instead of taking personal responsibility for their future at least one of them, (and knowing the other two referenced as I did, probably all of them) squandered away their money and future on foolishness. Now it is we the taxpayers and those they deem to have more than them who are supposed to provide for them.

I’m not opposed to states providing for the care of those in need. I am opposed to federal government edicts creating a zeitgeist whereby people expect to be rewarded for irresponsibility. I am also opposed to being forced to buy into a health program that is more expensive and inferior. Providing for the few who are truly in need should never have evolved into blanket provision for those who are irresponsible.

Next [Alert] Terror Incubation Stations Federally Funded Here In The US