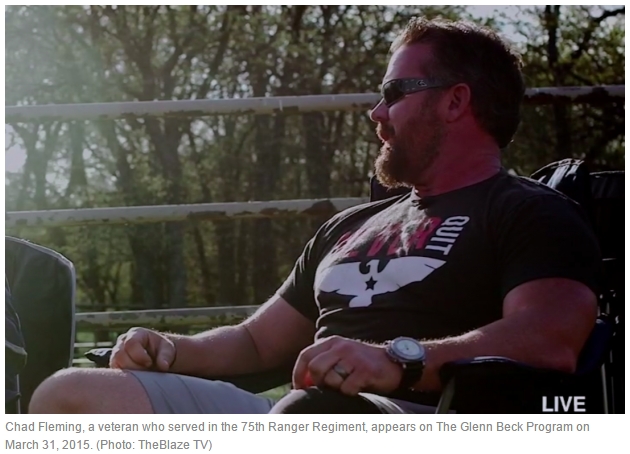 The Department of Veterans Affairs is back in the news and as you well know, it’s never for something good.

Army veteran Chad Fleming is an amputee from his time spent serving his country and the VA demanded that he prove that he was actually an amputee. Yes, you read that correctly.

Rather than research his extensive medical records, or simply observe the fact that his leg is missing, they insisted that he get an X-ray taken of his artificial limb.

“You think that they’d just look at my records and say, ‘You know what? We bought 14 legs, this guy’s an amputee.’ But no,” Fleming told The Blaze.


“[The doctor] actually laughed. And I told him, I said, ‘You wonder why the country is in such a deficit? It’s because you’re wasting money taking X-rays of a leg that doesn’t exist.'”

Watch more in the clip from “Fox and Friends” below.


Previous [VIDEO] "You Gonna Let Me F*cking Finish?!" NYPD Officer Flips Out on Uber Driver While On Hidden Cam