(CNN) —Noelle Velentzas, 28, could not understand why U.S. citizens like her were traveling overseas to wage jihad when they could simply stay and “make history” by unleashing terrorist attacks on American soil, according to a federal criminal complaint unsealed Thursday.

Velentzas and her former roommate Asia Siddiqui, 31, also a U.S. citizen, were arrested and accused of planning to build an explosive device for attacks in the United States, federal prosecutors said.

The complaint paints a picture of a disturbing trend in homegrown violent extremism. 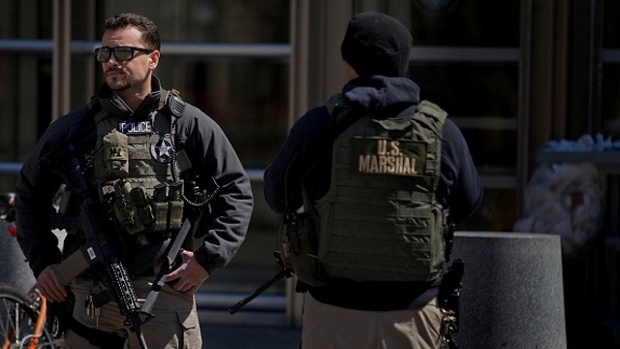 In the past 18 months, the Justice Department’s National Security Division has prosecuted or is prosecuting more than 30 cases of people attempting to travel abroad to join or provide support to terrorist groups. Of those cases, 18 allegedly involve support to ISIS.


Velentzas and Siddiqui repeatedly expressed support for violent jihad to an undercover agent, the complaint said.

“As alleged, the defendants in this case carefully studied how to construct an explosive device to launch an attack on the homeland,” Loretta Lynch, U.S. attorney for the Eastern District of New York, said in a statement.

“We remain firm in our resolve to hold accountable anyone who would seek to terrorize the American people, whether by traveling abroad to commit attacks overseas or by plotting here at home.”

In 2009, Siddiqui wrote a poem in a magazine published by al Qaeda in the Arabian Peninsula that urged readers to wage jihad. In it, she declared there is no “excuse to sit back and wait — for the skies rain martyrdom.”

The defendants also said they considered themselves “citizens of Islamic State,” referring to ISIS.

The women possessed propane gas tanks along with instructions from an online jihadist publication making explosive devices out of those tanks, the complaint said.

Velentzas and Siddiqui were to appear Thursday in federal court in Brooklyn. It’s unclear whether they have attorneys.

If convicted, they face a maximum sentence of life in prison.

Thursday’s arrests are part of a series of cases being built by the federal government.

Last month, an Army National Guard member and his cousin were arrested in Illinois for allegedly conspiring to provide material support to ISIS, federal prosecutors said. The alleged plot included a plan to attack a U.S. military installation in Illinois.

In February, three New York men were arrested in connection with an alleged failed attempt to join ISIS in Syria, prosecutors said.

Next [WATCH] If you don't like the School Pick up Policy, Just drive over the Resource Officer...