Alix Bryan, the lesbian employee of CBS reported the Memories Pizza GoFundMe account for fraud, had her own lavish crowd funded Vegas party for her birthday party.

Yes, Bryan once set up her own gofundme to pay for a trip to Vegas. You can view the gofundmeaccount here.

The lavish dinner was “greedy, stupid, and desperate,” she wrote. “There are so many people who really need things more important than this” but she still hit up her friends.

This is what she wrote.

Bryan published a non-apology apology on Twitter. She claimed that she was concerned that the money wasn’t going to the right place.

But a closer look at her tweets reveal an obsession with gay causes and issues. She also went after Memories Pizza repeatedly.

Oh, and did we mention she teaches journalism at Virginia Commonwealth University?

There is a Facebook Page and several new Hashtags calling for apologies and asking why CBS6 is not addressing their employees actions…. Here is some of what we have found; but then again you could follow along yourself at the Facebook page HERE and https://www.facebook.com/rataction

Find out why this CBS employee filed a bogus fraud report attempting to harm a Christian family in Indiana? http://bit.ly/1FaGHFD 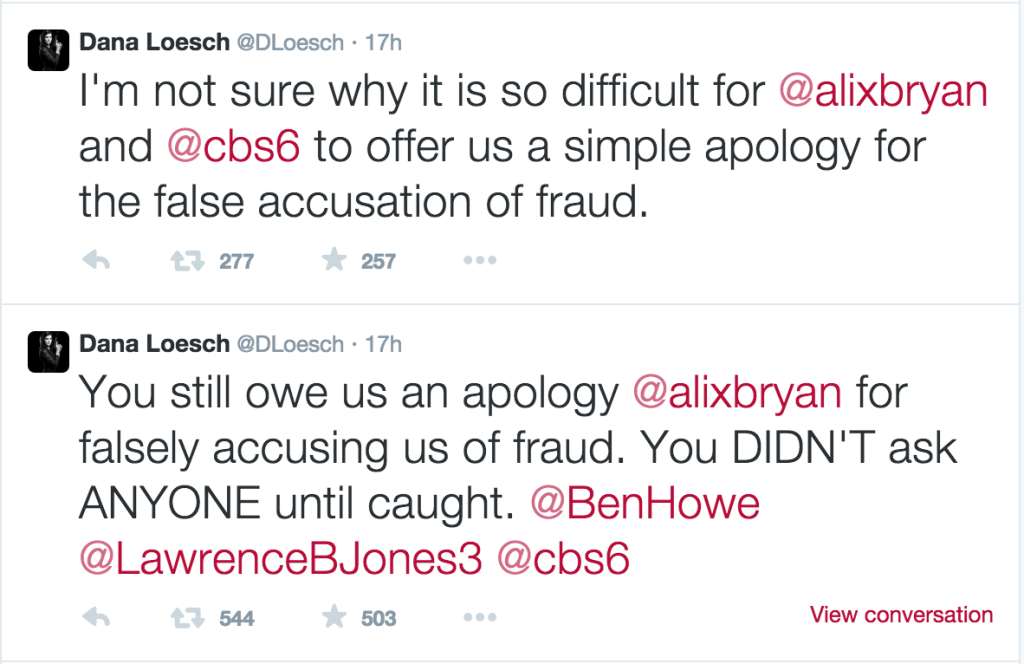