A South Carolina police officer is facing a murder charge after shooting an African-American man in the back at least eight times.

The Post and Courier reports that not only did Officer Michael Slager shoot Walter Scott in the back multiple times, as Scott was running away, but the entire incident was caught on video. This is a screen-grab the paper released from the video, which is expected to come out later: 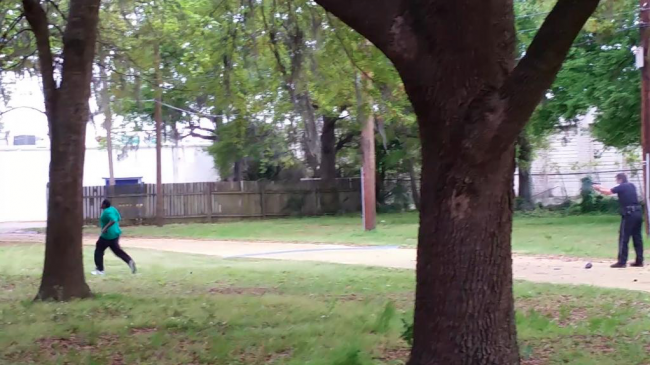 Scott was reportedly running from a traffic stop and had a Family Court warrant out for his arrest.

North Charleston Mayor Keith Summey held a press conference earlier today saying Slager would be charged with murder, and that “when you make a bad decision, don’t care if you’re behind the shield or a citizen on the street, you have to live with that decision.”


Officer Slager is currently in custody, and his attorney claims he believes he followed standard procedureduring the encounter. The officer alleges that he fought with Scott over his taser and shots were fired shortly thereafter, but the screengrab indicates those shots came when the two were some distance apart.

Walter Scott shooting from The Post and Courier on Vimeo.

Watch the report below from ABC 4 – Charleston, NC: 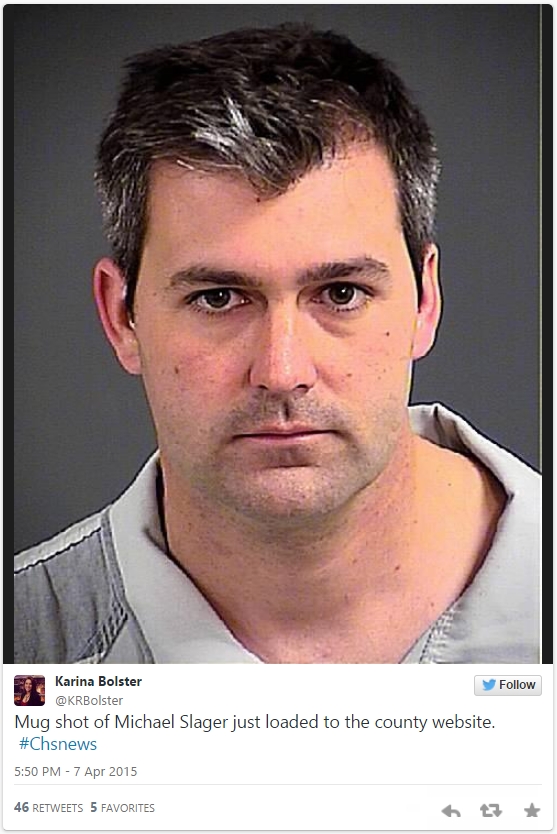 UPDATE — 7:37 p.m. ET: The FBI and the Department of Justice’s civil rights division are both looking into the incident. The DOJ said they’ll take “appropriate action in light of the evidence.”

Previous [VIDEO] Above and Beyond the Call: Officers purchase car seat for woman rather than ticketing