A former pre-K teacher has been charged after exchanging 2,400 text messages during a two-week span with an 11-year-old student, discussing a possible adoption and urging the child to run away with her, police said.

Geraldine Alcorn, 28, of Lawrenceville, Pennsylvania, quit her job with the Pittsburgh Public Schools on March 2, after district staff “were made aware of concerns that a teacher had developed an improper attachment” with the student,WPXI reports.

In a criminal complaint, police said both expressed “a deep love for each other” in the texts, but there’s no indication the relationship was sexual, the Pittsburgh Tribune-Review reports.

Interviewed by investigators, the girl said she and the teacher had agreed to keep the relationship secret from her mother. The complaint says that in addition to exchanging texts, the student and teacher met in Alcorn’s home as well as the girl’s home without her mother’s knowledge while the mother was at work. 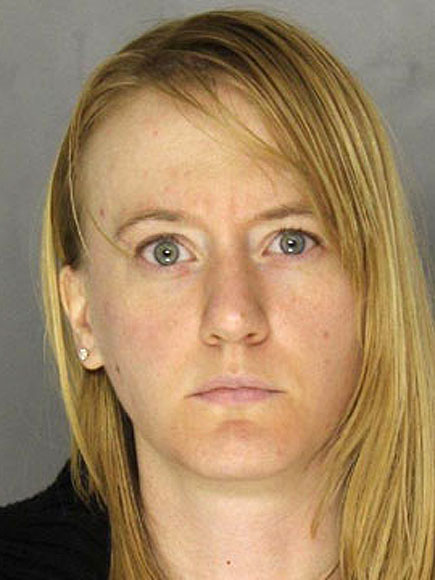 The mother later found several notes from Alcorn in her daughter’s school binder, according to the Pittsburgh Post-Gazette.

The complaint further states the mother discovered Post-It notes and letters from the girl to Alcorn on which the girl had written, “Things Ms. Alcorn and I can do,” “What we can do” and “When we can do it,” CBS Pittsburgh reports.

Alcorn had told the girl they would “be on the run” for a while, according to the complaint.

The texts were logged between Jan. 26 and Feb. 11. Contact between the two continued even after school district officials suspended Alcorn on Feb. 13 and warned her not to contact the girl again, reports the Tribune-Review.

On March 13 – the same day that Alcorn met with police – she returned to her school to collect her belongings. The girl subsequently found gifts and a letter from Alcorn in her locker, including a math worksheet encrypted with circled numbers requesting the girl to call her, according to the criminal complaint.

After her arrest Tuesday, Alcorn was arraigned Wednesday on charges of child luring, corruption of minors, and attempting to interfere with custody of the child. She was released after posting a $100,000 bond. Her attorney has not been named.