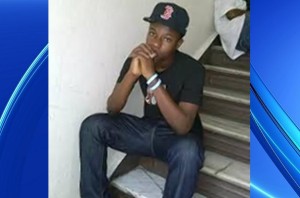 A teenager has died at a hospital after falling from a roof during a police pursuit according to a statement released by the NYPD on Saturday.

Hakeem Kuta, 17, succumbed to injuries that were the result of him falling from the roof of a six-story building in the Bronx on Thursday.

Officers stated that Kuta appeared to have misjudged a ledge when he resisted arrest and led police on on foot-chase.

Police were called to the 2600 block of Valentine Avenue in Fordham, on a complaint that teenagers were smoking marijuana in the lobby of a building.

When officers arrived, the teens ran up the stairs and onto the roof. Some of the teenagers were able to jump to another roof and evade arrest.  However, when Kuta attempted to go over the wall, he misjudged it and fell over the ledge, plunging 6 stories before landing on the ground.

He was taken to a hospital, where he succumbed to his injuries.