A student at the University of South Carolina was suspended this week over a photo that circulated on campus showing the n-word written on a study room whiteboard.

This is the photo in question: 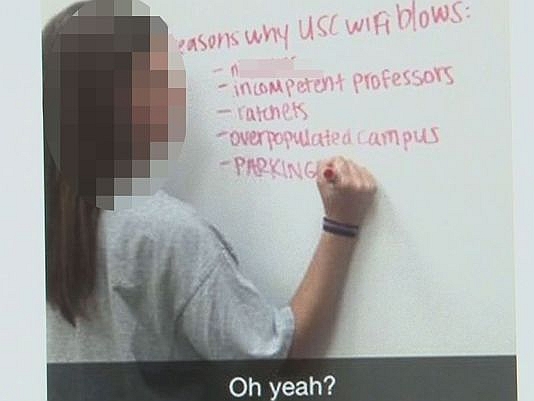 The university sent out this tweet assuring an investigation is underway:

A student ended up being suspended over the racial slur, though it’s not clear if it’s the same student in the photo.

Next [WATCH] Cops in this Small Town have 35,000 Open Arrest Warrants, That’s 26 Warrants per Citizen!