The measure is titled, “Support Assault Firearm Elimination and Education of our (SAFER) Streets Act.” It will be put forward by Representative Rosa DeLauro (D-CT).

According to The Hill, the measure will differ from local gun buybacks in that those turning in weapons will receive a tax break rather than cash.

DeLauro explained: “Assault weapons are not about hunting, or even self-defense. There is no reason on earth, other than to kill as many people as possible in as short a time as possible, that anyone needs a gun designed for the battlefield.”

DeLauro did NOT note that the military’s M4 carbines, the AR-15 variant that is actually designed for the battlefield, operates in full auto or in three-round automatic bursts. The AR-15s sold to civilians are simply semi-automatic rifles that are difficult to shoot accurately if fired rapidly. 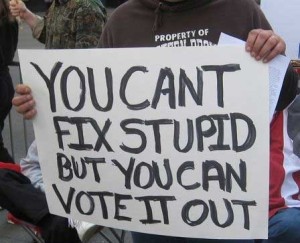 This is a mistake Democrats have made again and again since Adam Lanza’s attack on Sandy Hook Elementary. They fail to understand that the reason he was able to kill so many people was not because he stole and possessed an AR-15, but because his targets were unarmed. He chose to attack in a gun free zone for a reason.

But DeLauro and other Democrats are stuck in rut when it comes to trying to get rid of the AR-15, so they plan to offer “up to $2,000 in tax breaks” for those who turn them in.

She will be introducing the bill in conjunction with National Public Health Week.

“Assault weapons are not about hunting, or even self-defense,” DeLauro said. “There is no reason on earth, other than to kill as many people as possible in as short a time as possible, that anyone needs a gun designed for a battlefield.”Though DeLauro is in favor of stronger guns laws that would completely ban assault weapons and high-capacity ammunition, she emphasized this bill would not force gun owners to turn in their firearms.

The legislation would provide up to $2,000 in tax credits for gun owners who voluntarily hand over assault weapons to their local police departments.

DeLauro originally introduced the bill in January 2013, just one month after the Newtown shooting, but the legislation fell short in the Republican-controlled House. She plans to reintroduce it next week when Congress returns from recess.

She said the bill would help “get more assault weapons off the streets.”

“Just days after the Newtown tragedy, President Obama asked, ‘Are we doing enough to protect our children?’ And he admitted the answer is, ‘no.’ That must change,” DeLauro said.

Next [VIDEO] Three Florida Men and A Woman Tried to Steal Honey from a Beehive, Can You Guess What Happened?