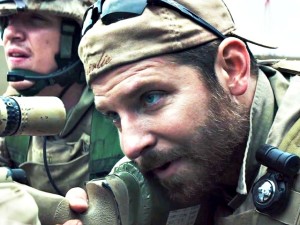 University of Michigan walks back a decision to cancel a screening of the movie, “American Sniper.” In a statement released late Wednesday, the university president called the decision a mistake.

As reported by FOX NEWS: University Vice President for Student Life E. Royster Harper called the decision to cancel the Friday night showing a “mistake” in a statement.

“The initial decision to cancel the movie was not consistent with the high value the University of Michigan places on freedom of expression and our respect for the right of students to make their own choices in such matters,” Harper said. “The movie will be shown at the originally scheduled time and location.”

Harper added that the university will also screen the family-friendly film “Paddington” as an alternative.

The university’s football coach also weighed in on the issue. Breitbart reports:

“The University of Michigan cancelled, and then rescheduled, a campus showing of American Sniper. The school’s new football coach announced that his players will watch the movie.”

Get all the latest updates with the FREE DAILY HEADLINES APP! Download it NOW!

Political Correctness and social engineering are alive and well on college campuses and equally so at the University of Michigan. Muslim student protesters call Chris Kyle a mass killer and say American Sniper is racist. These protests prompted the university to cancel its screening, […]

TIME SENSITIVE!: Click-Read-Listen-Watch: The OBAMACARE REPEAL AND REPLACE IS A LIE!

Most Americans know Obamacare is NOT the answer to healthcare issues in the country. And since its passage, into law, Republicans have vowed to “Repeal And Replace.” What you need to know now is that Republicans are not really working to give […]

Seriously! There’s a new version of the Bible and you won’t see any reference to God because all references have been replaced with Kanye West. No Joke. This so-called modern day Bible was created by Kanye fans and wanted to make a […]

YOU HAVE TO SEE THIS! Monica Lewinsky Lurks In The Shadows Of His Presidential Portrait, Literally

What’s Bill Clinton’s most memorable legacy as president of the United States? Yep, it’s Monica. Seems that the Clintons just can’t shake the fact that he actually did have sex with that woman and the artist commissioned to paint his presidential portrait […]

Should Republicans police their own? NO says the establishment, YES say the conservative grassroots. How can you expect to reform in the Republican Party if party leaders at the most local level resist holding elected accountable? Watching the fracture of the republican party has […]

Leave it to the Dragnet guys to get to the heart of the matter and call it like it really is. Who could have known, in the 1950’s, that such common sense would prevail into 2015. Watch this viral video and marvel […]

Leave It To Charlie Daniels To Set Eric Holder Straight

The plain words and straight talk with a no nonsense perspective of Charlie Daniels lays it all out there, in the light of day, for all to see, and understand, in plain english. This story in the Conservative Tribune outlines how he, […]

Kid Rock – Out Of The Closet. Will It Cost Him?

It’s no secret to anyone who has been paying attention to the fine points of culture and politics that the entertainment industry has driven the bus on advancing progressivism in the American culture. And as we have seen, since yesterday when John […]