A judge ordered the second child born to a father and daughter as part of an incestuous relationship be taken away, according to court documents in Oregon.

49-year-old Eric Lee Gates and his daughter, 25-year-old Chalena Mae Moody, had asked the appeals court of Oregon, to overturn a decision by Judge Valeri Love, who ordered to commit the baby to the State Department of Human Services for placement in foster care. 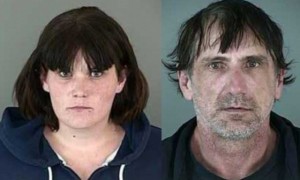 State workers took the baby into custody four days after the birth.

Gates is serving a prison sentence of six months for violating his probation by moving in with his daughter after being convicted of incest.

Moody convicted of the same charge last month, and sentenced to 10 days in jail. She was also placed on 18 months probation.

Gates and Moody are prohibited from contacting each other while on probation.

Last year, they moved in together in an apartment in Klamath Falls after living in Springfield, where detectives had learned that both had sexual contact and had a child.

Their second child was born more recently. Both children have numerous medical problems and are now in state custody.

Judge Love agreed with the Department of Human Services that the children’s welfare was at risk due to substance abuse and mental health problems.

Gates was not the custodial parent of Moody during her childhood. When they realized their genetic connection a few years ago, their relationship became sexual.

Moody has a third child who was also taken into state custody.