How long will this country remain free?

Probably only as long as the American people value their freedom enough to defend it.

But how many people today can stop looking at their electronic devices long enough to even think about such things?

Meanwhile, attempts to shut down people whose free speech interferes with other people’s political agendas go on, with remarkably little notice, much less outrage. The Internal Revenue Service’s targeting the tax-exempt status of conservative groups is just one of these attempts to fight political battles by shutting up the opposition, rather than answering them. 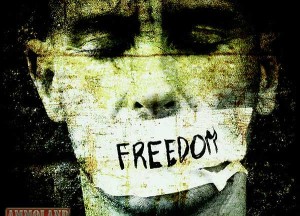 Another insidious attempt to silence voices that dissent from current politically correct crusades is targeting scientists who do not agree with the “global warming” scenario.

Congressman Raul Grijalva has been writing universities, demanding financial records showing who is financing the research of dissenting scientists, and demanding their internal communications as well. Mr. Grijalva says that financial disclosure needs to be part of the public’s “right to know” who is financing those who express different views.

He is not the only politician pushing the idea that scientists who do not march in lockstep with what is called the “consensus” on man-made global warming could be just hired guns for businesses resisting government regulations. Senator Edward Markey has been sending letters to fossil-fuel companies, asking them to hand over details of their financial ties to critics of the “consensus.”

The head of the National Academy of Sciences has chimed in, saying: “Scientists must disclose their sources of financial support to continue to enjoy societal trust and the respect of fellow scientists.”

This is too clever by half. It sounds as if this government bureaucrat is trying to help the dissenting scientists enjoy trust and respect — as if these scientists cannot decide for themselves whether they consider such a practice necessary or desirable.

The idea that you can tell whether a scientist — or anybody else — is “objective” by who is financing that scientist’s research is nonsense.

There is money available on many sides of many issues, so no matter what the researcher concludes, there will usually be somebody to financially support those conclusions.

Some of us are old enough to remember when this kind of game was played by Southern segregationist politicians trying to hamstring civil rights organizations like the NAACP by pressuring them to reveal who was contributing money to them. Such revelations would of course then subject NAACP supporters to all sorts of retaliations, and dry up contributions.

The public’s “right to know” has often been invoked in attempts to intimidate potential supporters of ideas that the inquisitors want to silence.

But have you heard of any groundswell of public demand to know who is financing what research?

Science is not about “consensus” but facts. Not only were some physicists not initially convinced by Einstein’s theory of relativity, Einstein himself said that it should not be accepted until empirical evidence could test it.

That test came during an eclipse, when light behaved as Einstein said it would, rather than the way it should have behaved if the existing “consensus” was correct.

That is how scientific questions should be settled, not by political intimidation. There is already plenty of political weight on the scales, on the side of those pushing the “global warming” scenario.

The fact that “global warming” models are not doing a very good job of predicting actual temperatures has led to a shift in rhetoric, with “climate change” now being substituted. This is an issue that needs to be contested by scientists using science, not political muscle.

Too many universities are too willing to be stampeded by pressure groups. Have we forgotten Duke University’s caving in to a lynch mob mentality during the “gang rape” hoax in 2006? Or the University of Virginia doing the same thing more recently?

Politicians determined to get their own way by whatever means necessary may have no grand design to destroy freedom, but what they are doing can amount to totalitarianism on the installment plan.

Next Enforced Helplessness for the U.S. ‘Disarmed’ Forces