Do you recognize the hero in this picture?

Police are trying to track down the man who pulled a driver from an SUV as it teetered on the edge of an Idaho cliff. 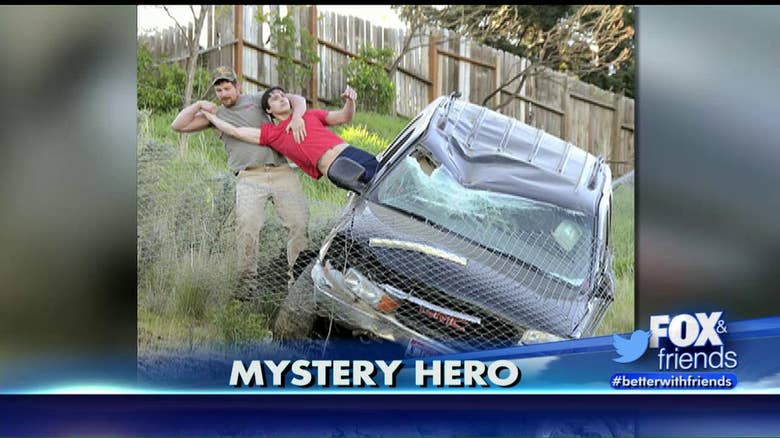 Authorities say the unidentified man rushed in to save 23-year-old Mathew Sitko after the crash. But when police and paramedics arrived, the hero said that he had to go and left without telling them his name.

Witnesses told police Sitko was allegedly driving fast and erratically, and almost struck a motorist as his Yukon sped south on Mayfair Drive, a residential street that makes a loop above and east of Bryden Canyon.

The dark-colored SUV gradually veered off the street’s right side and plowed through shrubbery in a yard before striking a cottonwood tree that catapulted over the edge of the canyon onto Bryden Canyon Road — a four-lane thoroughfare that connects Snake River Avenue with the Lewiston Orchards. Road crews were called by a passing motorist to remove the tree.

As the Yukon’s front end hung over the canyon’s sheer edge, the man appeared, broke the vehicle’s passenger-side window with a rock and removed Sitko by dragging him through the opening.

Authorities think Sitko suffered a mental episode before crashing. He is still recovering from minor injuries.

Next [Photos] Teacher who had sex with student gets plea deal, celebrates with selfie