Liberal ESPN host Tony Kornheiser is not the sharpest tool in the shed, nor is he apparently a man who possesses the emotional intellect to grasp the depth of a true father-son relationship, as is evidenced by his latest attack on presidential candidate Sen. Marco Rubio. 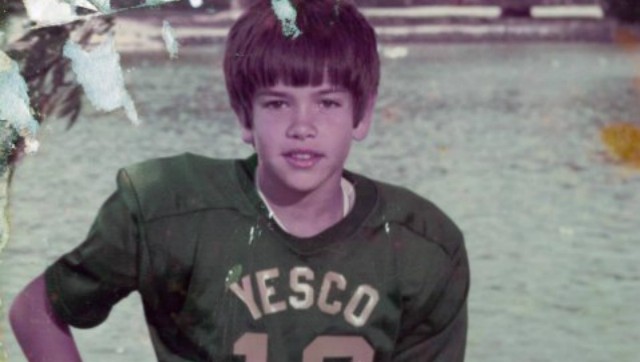 Kornheiser decided to unleash his intellectually challenged brand of snark on Rubio by recounting a rather touching story the Florida senator once told as a tribute to his dad.

This guy once again proves the majority of liberals have zero class.

On his radio show Tuesday on ESPN, former Washington Post sports columnist and occasional political pundit Tony Kornheiser used a Father’s Day tribute Rubio wrote for The Daily Caller in 2014 to attack the Florida Republican’s fitness for the Oval Office.

In the tribute, Rubio recounted a sweet story of how he needed to wear leg braces as a child but didn’t want to put them on. His father, knowing young Marco was a huge Miami Dolphins fan, would call him pretending to be Dolphins Coach Don Shula and convince him to put the braces on “if you want to play for me someday.”

To a normal person, it’s a touching tale of fatherhood. To a Washington lib, using the mouthpiece of a sports-centered network, it’s another line of attack against an up-and-coming-Republican.

“You have cognition at 8-10 and if you’re the biggest Dolphins fan in the world I guarantee you you’re watching the postgame and you’ve heard Don Shula,” Kornheiser said. “What I’m saying is, this to me automatically disqualifies Marco Rubio from being president.”

Actually, it should disqualify Kornheiser from spouting off about politics – ever again. (It won’t.)

How pathetic can you get.


When a liberal has to stoop this low to say something negative about you, you must be doing something right somewhere.

Parents sometimes do goofy things to help their kids, and often times, kids can tell when they’re being bamboozled, yet they appreciate what mom and dad is trying to accomplish and often times play along.

Even if that wasn’t the case, it’s a wonderful story of a father and son, something our culture could use a little bit more of.

My question to Kornheiser is, if this little story — and Rubio’s youthful gullibility — are enough to disqualify him from being president, why in the world is Obama — someone who is arguably one of the dumbest politicians on earth — doing in the White House?

Falling for a trick as an 8-year-old kid doesn’t carry the same weight as trading five Taliban terrorists for a traitor, or calling one of the most dangerous and now powerful terrorists organizations in the world (ISIS) “junior varsity” does it?

I think Mr. Kornheiser should probably stay away from trying his hand at smart, witty, political punditry and should stick to talking about sports, because his poor attempt at the former is cringe worthy and embarrassing to say the least.


Previous 25 Things Only People Who Carry Concealed Will Understand

Next [WATCH] Wife of Gyrocopter Mailman, Speaks Out and You Won't Believe What She Called Him!