A Texas veterinarian was fired from her job after posting a photo on Facebook depicting her having just shot a tomcat dead with a bow and arrow. This is the picture in question posted by Kristen Lindsey: 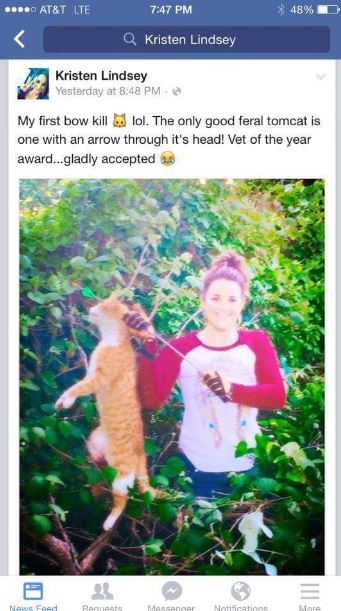 Lindsey works for the Washington Animal Clinic, but ended up fired after the social media firestorm surrounding her photo. She has a few supporters, but the sheriff of Austin County said they are seriously investigating the animal killing.

This comes on the heels of another social media uproar over a dead animal after comedian Ricky Gervais targeted a hunter who posted a photo posing with a dead giraffe.