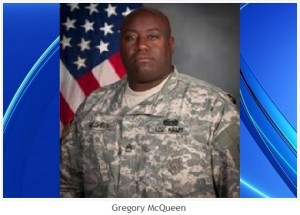 A man who was supposed to prevent sexual assaults in the military, pleaded guilty to running a prostitution ring.

McQueen’s wife allegedly knew that her husband worked as a pimp.

McQueen persuaded at least 3 female soldiers to join his prostitution ring, which lasted for about two years before he was busted.

The 39-year-old man pleaded guilty to 15 charges including recruiting prostitutes.

McQueen made at least one woman prove her skills by having sex with him. He also arranged sex parties for high ranking officers, and kept naked pictures of the women to show them to potential clients.

In court, McQueen apologized and said: “I would like to apologize to each of the individuals, the command and everyone affected. I was wrong for approaching soldiers and putting them in this situation. I put the NCO corps in a bad light, so I have to apologize.”

After pleading guilty to the charges brought against him, McQueen was sentenced to 2 years in prison.

Next [PHOTOS] Teachers at This Missouri School Display IN Class Support for BlackLivesMatter, Is This Acceptable??