It seems there are no limits as to how far liberals will go to push their perversion on everyone else. Now, they’re corrupting the minds of young, impressionable children with their perversion by way of comic books.

Iceman, a founding member of the X-Men, will come out as a full blown (pun intended) homosexual in the next issue of All New X-Men, which will be available on Wednesday.

In issue No. 40, Iceman — a.k.a. Bobby Drake — is “outed” by his fellow X-Man, Jean Grey, after making some lewd comments about their teacher. The pages were leaked ahead of the book’s release when a user uploaded them to 4chan: 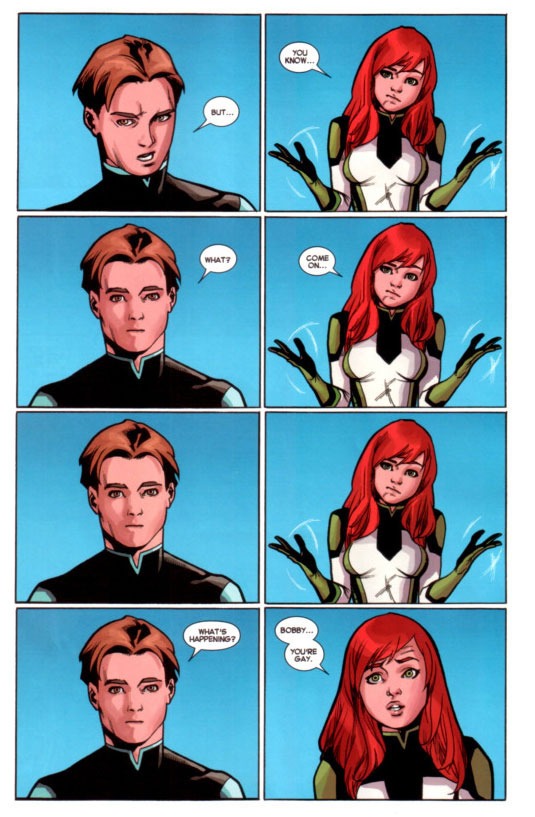 Iceman’s sexuality has been debated by fans for years. He has had several failed relationships with female mutants, including Kitty Pryde and Mystique, but this may be the first time the superhero has actually said the words out loud. (“Bobby, you’re gay,” Jean Grey says, and he agrees.) 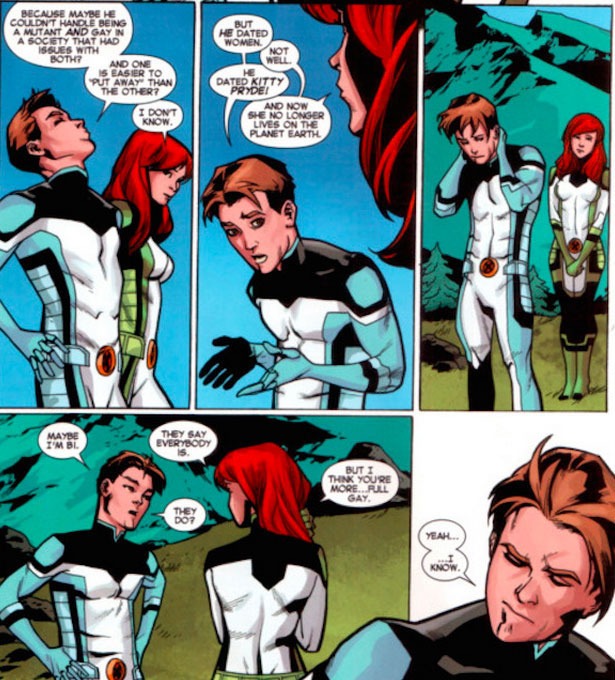 As the conversation continues, the two teens try to resolve the issue of adult Iceman, who has been living as a heterosexual man, and teenage Iceman’s recent revelation.

“Maybe he couldn’t handle being a mutant and gay in a society that had issues with both?” Bobby Drake wonders. X-Men has historically been considered an allegory for minorities and marginalized groups, including LGBT rights advocates.

Jean Grey and Iceman attempt to explain away the situation.

“They say everybody is bi,” Jean Grey says.

Pardon me, friends, while I vomit….