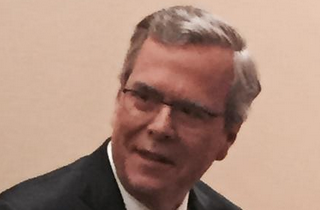 Plenty of Republicans (Rand Paul especially) have been railing against the NSA’s bulk metadata collection for a while now, but not only does Jeb Bush support it, he thinks it’s the best thing about the Obama administration.

Bush was defending NSA surveillance months ago as “hugely important program to use these technologies to keep us safe.”

He did lament how President Obama does not openly defend or stand up for such important programs, but he credited the current Commander-in-Chief for not abandoning them.

You can listen to the audio below, via The Michael Medved Show: